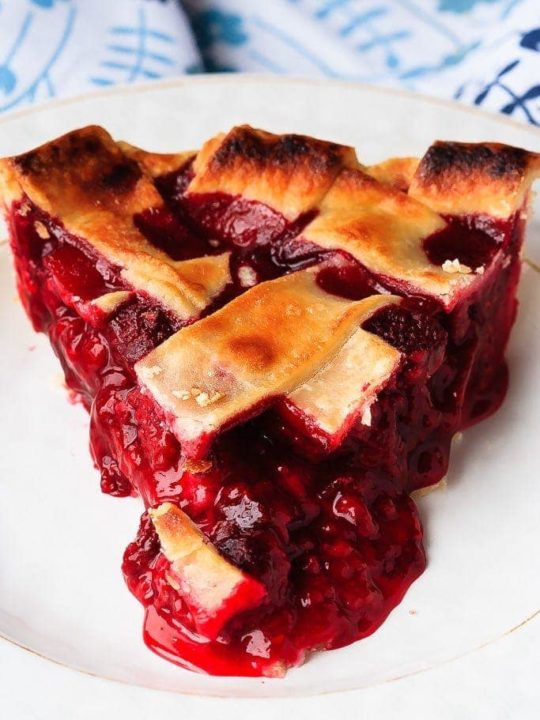 This easy to make raspberry pie can be made with either fresh or frozen raspberries, and makes the perfect dessert!

It’s time for pie!  Raspberry pie to be exact. Have you ever had raspberry pie? I hadn’t until a couple years after I got married.

I’ve picked raspberries pretty much every summer as long as I can remember.  My grandma had an enormous garden when I was growing up, so we would go pick as many raspberries as we could most years.

But eating as many as possible and making the rest into jam was typically what we used them for.

Raspberry jam is still my favourite thing to make with the raspberries we pick every summer. But raspberry pie is making it’s way up there in the list of things that must be done with those amazing berries.

The first time I had raspberry pie was a few years after getting married when I immediately started to freeze our annual raspberry haul so that I could make jam with them later.

My husband snagged some of the berries before I could freeze all of them, insisting that he needed to make raspberry pie.

I thought that sounded a little strange.  Don’t ask me why – every other berry is fantastic in pie, why not raspberries – but for some reason it seemed like a weird idea. It wasn’t.  It was incredible.

It may just be one of my favourites now.

Also, my husband made me raspberry pie that day. I’m kind of wondering now why that hasn’t happened anytime in the 15 years since then. But hey – at least now I know that raspberry pie exists.  And it’s delicious.

This recipe makes fantastic raspberry pie.  If you’re like me and have been missing out on it your whole life, you need to try it. You may find a new favourite too!

How do I thicken raspberry pie filling?

This raspberry pie filling is thickened with flour. Simply mix together raspberries, sugar, flour, lemon juice, and nutmeg, and pour the mixture into a prepared pie crust.

Heat then causes the filling to thicken when the pie is baked. In order to have a thickened raspberry pie filling, you need to let the filling boil in the oven while the pie bakes, and then let it cool completely before slicing the pie.

Why is my raspberry pie so runny?

If your raspberry pie is really runny, this could be from not baking it long enough. This recipe calls for 15 minutes at a high temperature, followed by another 35-40 minutes at a lower temperature. Don’t miss the change in temperature and only do the one bake time or your pie will not be fully baked!

The filling needs to be bubbling before you remove the pie from the oven. If it hasn’t reached a high enough temperature to bubble, it will not thicken properly.

The other thing that could leave you with a runny pie filling, is if you don’t let your pie cool completely before slicing into it. If the filling is still hot, it won’t be properly set.

How to make Raspberry Pie:

Here are some more great pie recipes for you: 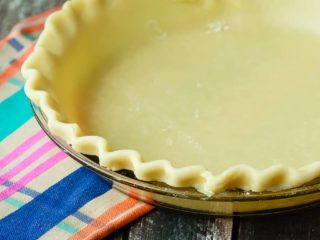 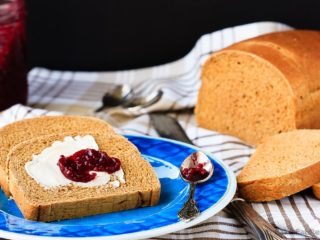 Can the lemon juice be omitted in this recipe? My daughter is severely allergic to citrus. I am thinking it can be but would like to verify with you before I make it.

I haven’t made it without the lemon juice, but I think it would be just fine to omit it!

So good. Taste of summer! I used store bought crust and my teenager noticed, so make the crust if you have time!

Pie Mixture: Mix dry ingredients first, add liquids and egg, mix with whisk. Pour evenly over bowl-full of berries - ALLOW WET MIXTURE TO SIFT THROUGH ALL BERRIES so no need to even TRY to gently stir berries (raspberries break too easily).

If you read the instructions you'll see that the egg and the water are not part of the pie filling, they are used for an egg wash on the pie crust before baking. So this is not a good plan as you need to coat the berries in the flour in order for them to thicken properly. A mixture of flour, sugar, nutmeg, and 1 tablespoon of lemon juice will not sift through the berries without stirring a bit. Yes they break easily, but when the pie filling boils it breaks down the berries anyways so that doesn't matter too much.

Delicious! Turned out perfectly- filling was set! I followed directions - made sure it boiled and let it cool for 7 hours before slicing. Best part was the crust!!!

I'm so glad you liked it! Thanks for letting me know!

This came out an absolute soupy mess. More like a raspberry sauce! I followed the directions exactly, but it never set. So disappointing for Memorial day.

I'm sorry it didn't turn out for you. Did you continue baking after the temperature was lowered? Sometimes people miss that second bake time. It's 425F for 15 minutes, followed by 375F for 35-40 minutes. The other thing that can cause the filling not to set is taking it out when the pie crust is browned but the filling isn't bubbling yet. It needs to bake until the filling is bubbling or it will not set. You also need to wait to slice it until it has cooled completely.