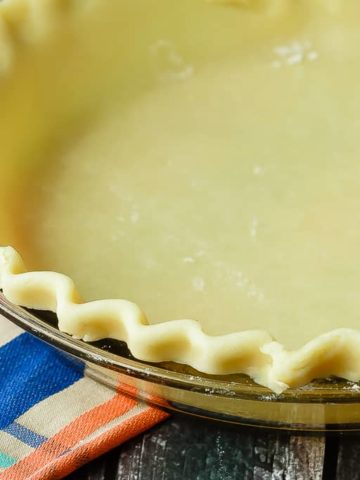 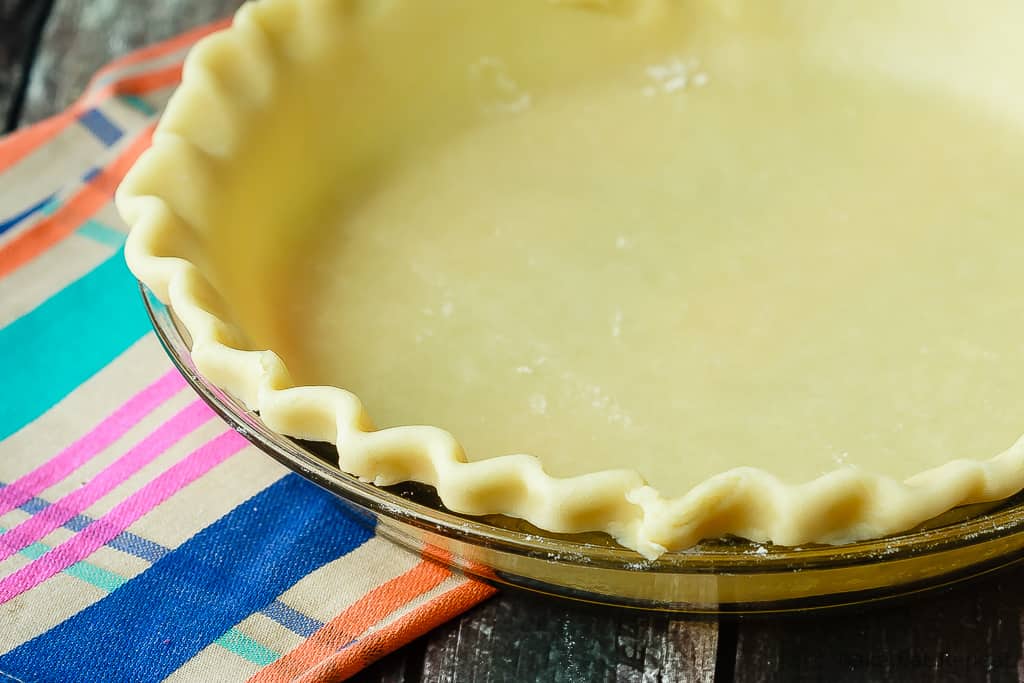 I have been on the hunt for the perfect homemade pie crust recipe forever.  And I’ve tried plenty of them.

Some used all shortening, some used all butter.  Some wouldn’t crisp up on the bottom, they would just stay soggy, some weren’t flaky.

Neither of those things appeal to me. 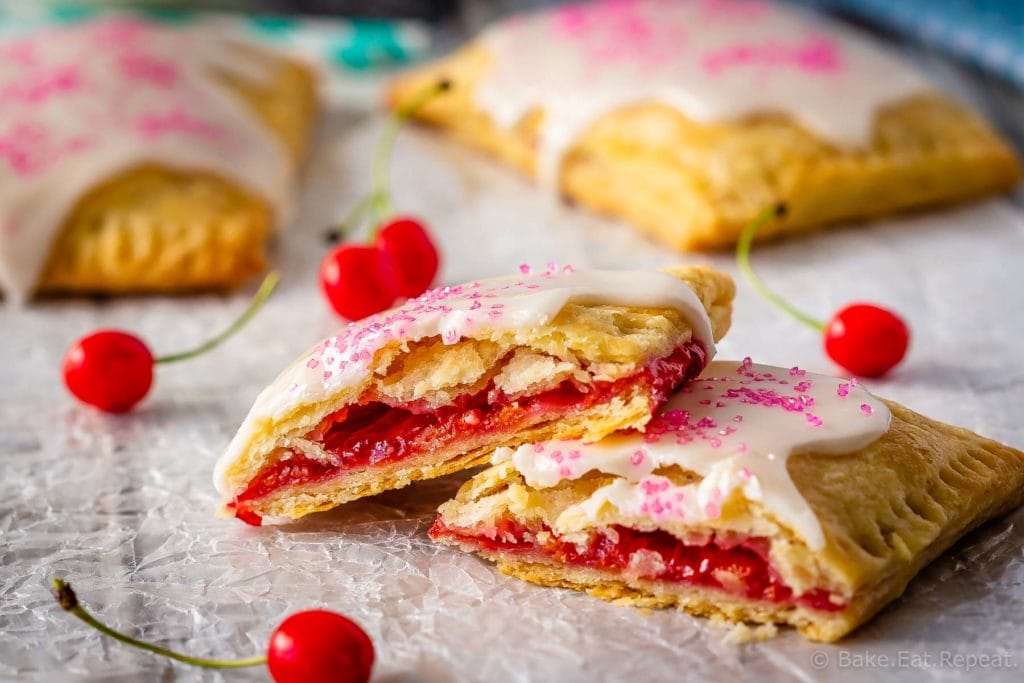 What does appeal to me, and I imagine most people, is pie crust that is quick to make, rolls out easily, crisps perfectly on the top and bottom, and is amazingly flaky.

This is that homemade pie crust.

I found this recipe in an issue of Today’s Parent magazine many, many years ago.  It was called 100 percent guaranteed bombproof pastry.  I can’t really argue with that title.  It really is bombproof pastry.  It’s so easy to make, and it always turns out. 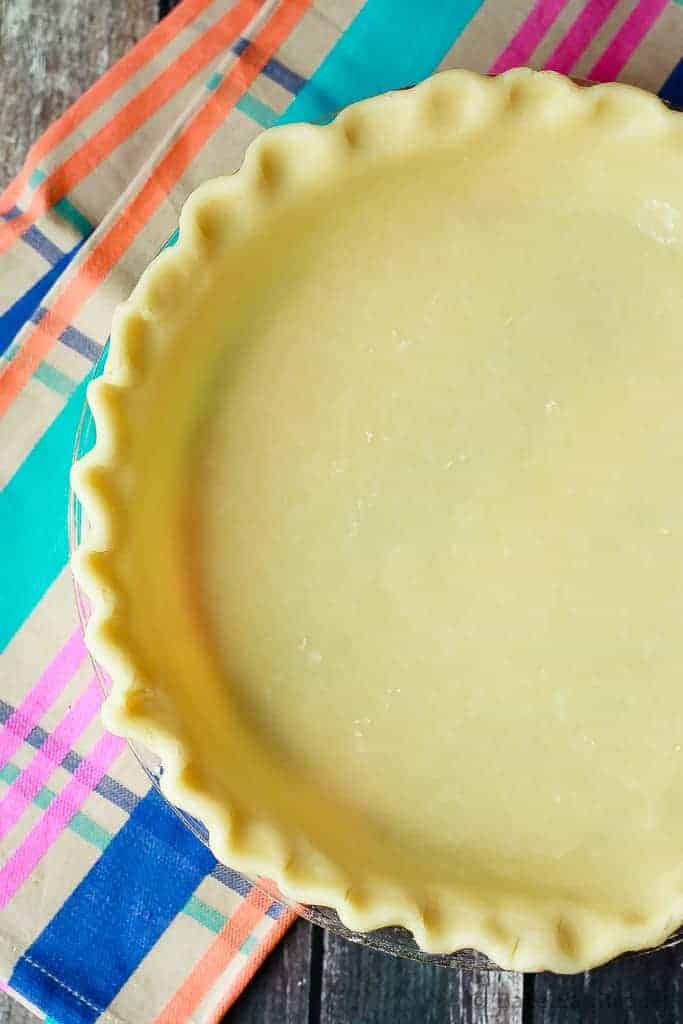 How do you make a pie crust from scratch?

Making a pie crust from scratch is really very easy. The trick is to keep your fat cold when cutting it into the dry ingredients, and not to over mix the pie dough after adding the wet ingredients.

And make sure not to skip the chilling step before rolling out the pie dough. It will be less crumbly and roll out much nicer when it has chilled for at least an hour. 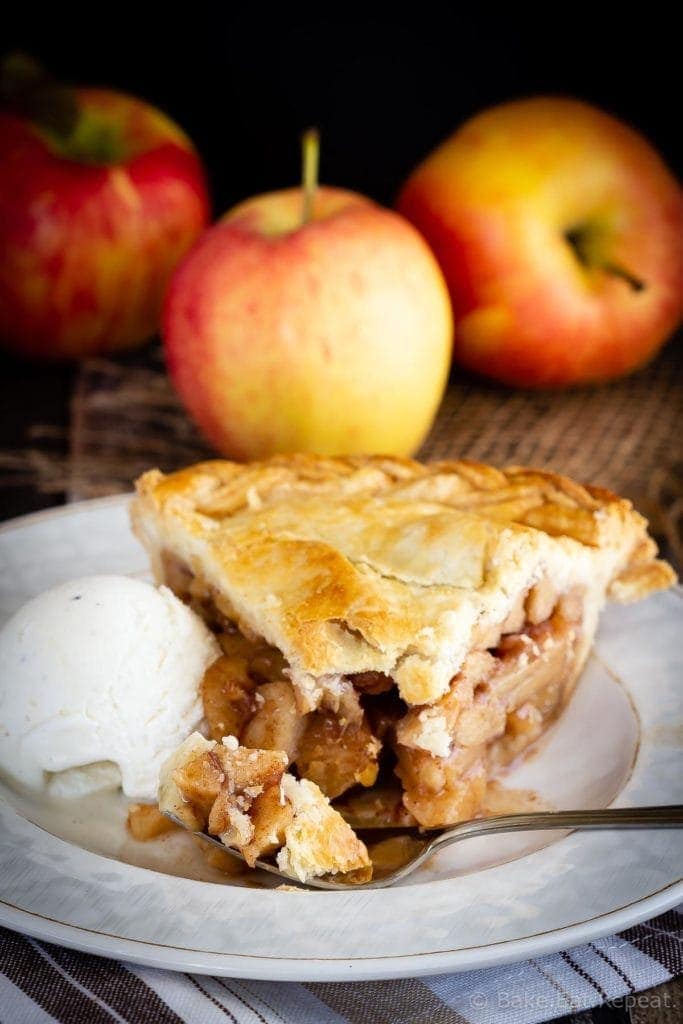 Is pie crust better with butter or shortening?

Butter or shortening for pie dough is a bit of a preference thing. Personally I like the combination of the two.

The flavour is better with butter, and I find that the bottom crisps better.  But shortening will give you a flakier pie crust.

You can easily swap out either ingredient for the other in this recipe depending on your preference, but I think that the combination of the two gives the best pie crust. 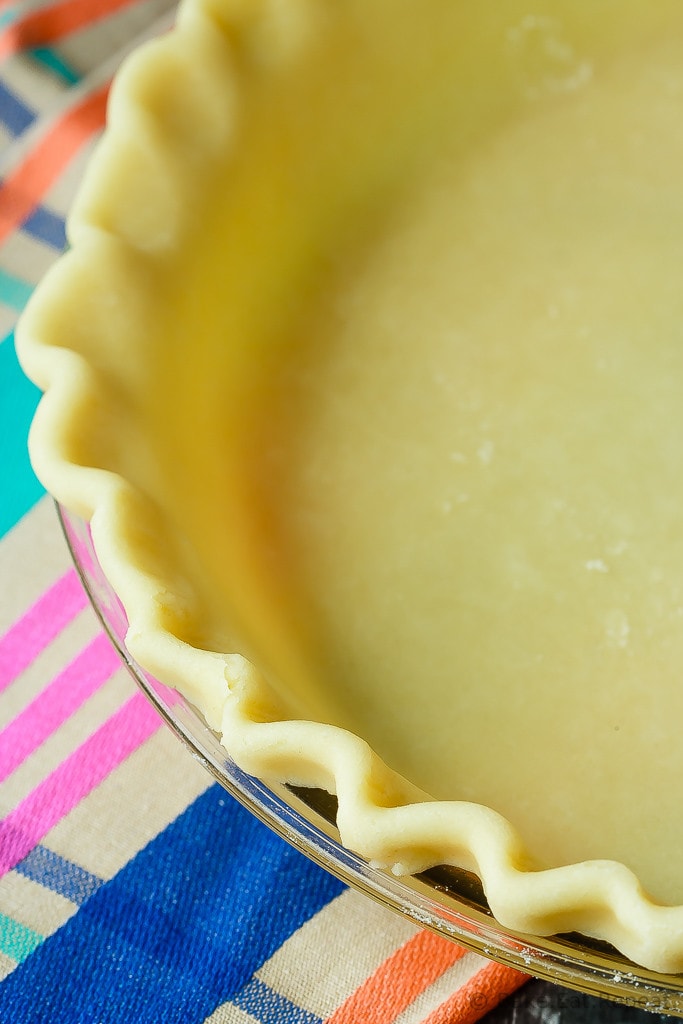 Should butter be cold when cutting into flour?

Your butter should be cold when cutting it into the dry ingredients for pie crust. So should your shortening if you are using a combination of the two, like I do in this recipe.

If the butter and shortening are warm, they will blend in with the flour rather then staying as little pieces in the mixture, which you don’t want.

The little pieces of butter and shortening is what gives the pie crust it’s flakey texture, so it needs to be cold when you cut it in. 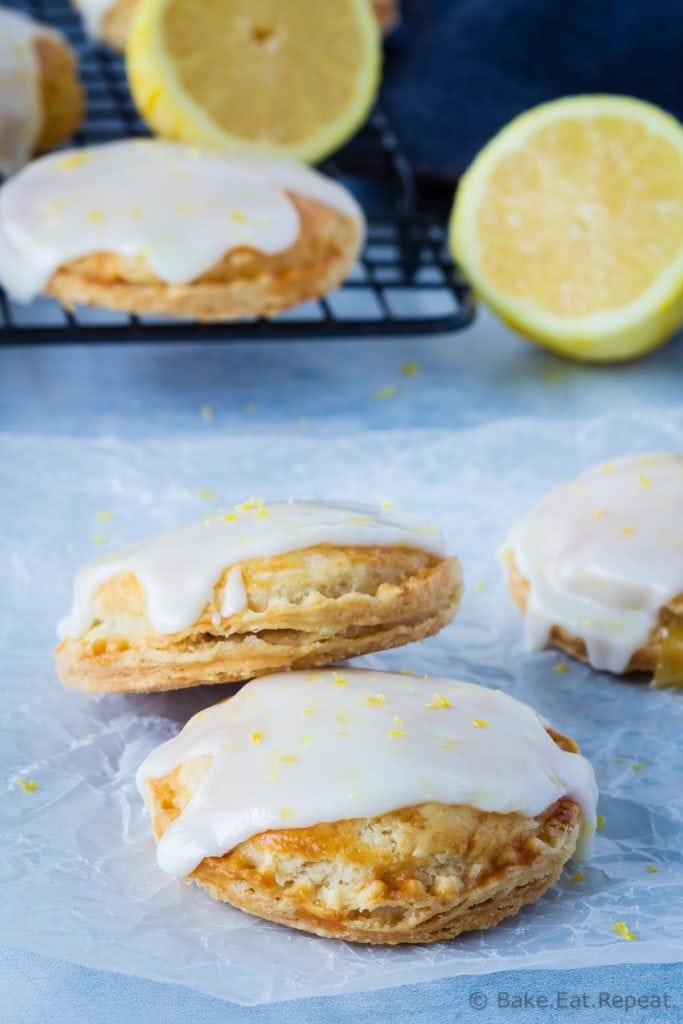 How to make homemade pie crust: 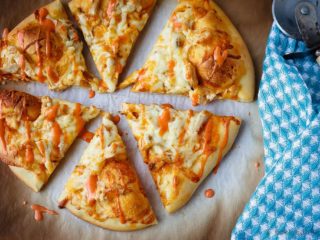 I just tried this recipe and it came out very dry, crumbly, and hard to work with...I thought I followed the recipe to a T...any tips on what I'm doing wrong?

Hi Liz - I find it's a bit dry and crumbly feeling when you first mix it together, but when you press it together with your hands it should stay together in a ball. If it won't even stay together when you press it with your hands I would try mixing in another tablespoon or so of water and then try. It's less crumbly after you chill it. If you try to roll it out right away it won't work very well, it needs to be chilled first - but it should be fairly easy to work with once it's chilled. I also often make this in the food processor and if you process it a bit longer it will come together for you into a ball. You just need to be careful not to overdo it or you'll lose the flakiness of the pastry, but if you mix it slightly longer then it will be easier to work with. I hope that helps!

How long do you cook it/what temp? Does it adapt to any recipe you use it with?

The time/temp that you cook it at depends on the recipe you're using it in. I've used it in many recipes, both savoury and sweet, and it always works perfectly. You would be able to use it with any recipe that calls for pie pastry, cooking it according to the recipe directions for whatever you're using it in.

Hi, I'm confused about the sugar. It doesn't say that the recipe is for sweet pies.

Hi Elana, I've used this pastry recipe for both sweet and savoury pies, so it's good for either. There is only 1 tablespoon of sugar in the recipe for two double pie crusts which isn't much so it doesn't taste sweet, it does help give a good texture to the pastry though. A bit of sugar in the recipe helps give the pastry that perfect crisp texture, and it helps with the browning.

I am always trying new crust recipes and this is definitely one of the best! Thanks, Stacey!

I've tried a ton of different pastry recipes too - but this is definitely my favourite! Thanks Liz!

Don't you love when you find a perfect recipe for something? I love how easy pie crust is to make, but it can be hard to find just the right ratio of ingredients. You just can't beat a flaky crust too!