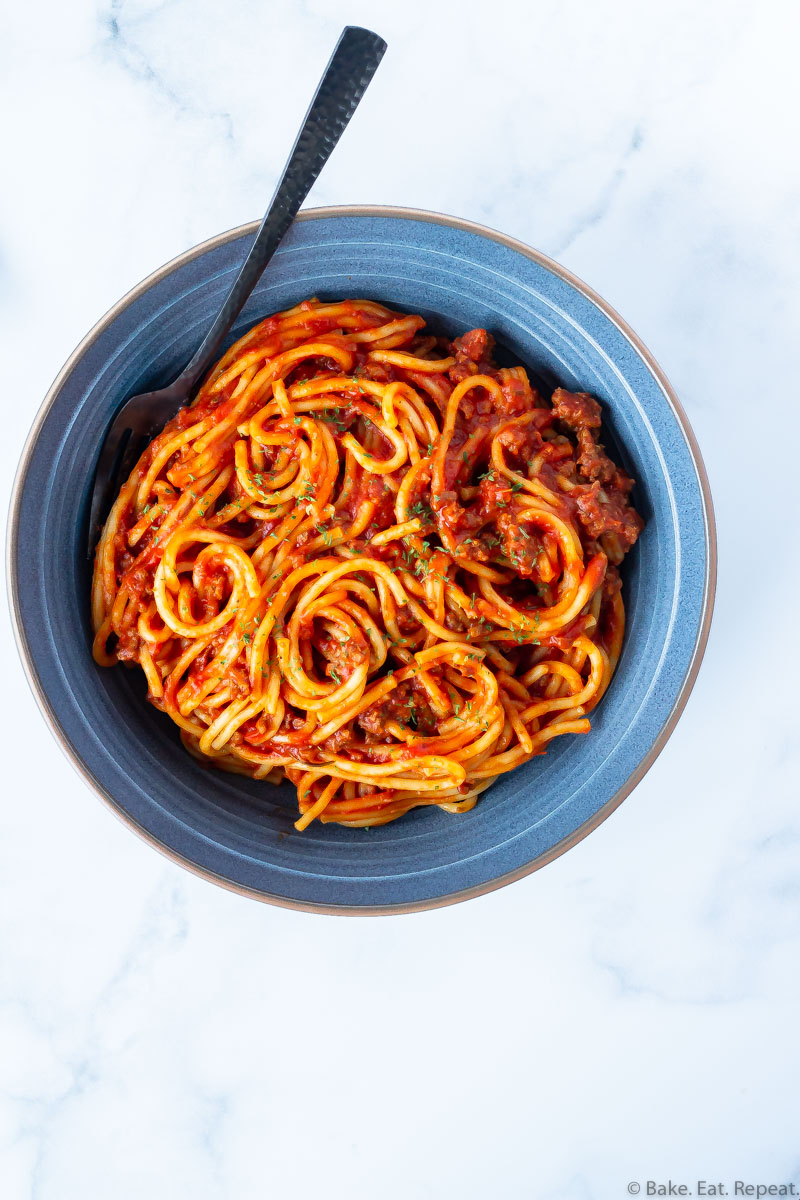 This Instant Pot spaghetti recipe is so easy to make and results in perfectly cooked spaghetti in a tasty meat sauce – all cooked together in the Instant Pot!

Is spaghetti a popular meal at your house? It definitely is here. I could make it almost every night for supper and I’m pretty certain there wouldn’t be any complaints.

Except maybe from me.

So if you’re looking for a delicious spaghetti recipe, look no further. I have several tried and true favourites.

Because I make spaghetti incessantly. One recipe is not enough when your family loves this meal as much as mine does.

This homemade spaghetti sauce is amazing, but takes a little longer for both the prep work and the cook time.

This easy spaghetti sauce is exactly that, and can be ready to eat before your noodles have even finished boiling.

And now I have this Instant Pot spaghetti recipe – which is similar in taste and time to my easy spaghetti sauce, but has the added benefit of less dishes to wash up afterwards.

The only down side to pressure cooked spaghetti is that the leftovers tend to get a bit mushy as the pasta continues to absorb the sauce after it’s finished cooking.

That isn’t a problem with any of my kids, but keep it in mind if you are expecting to have leftovers!

How long does it take to cook spaghetti in the Instant Pot?

Cooking spaghetti and meat sauce in the Instant Pot takes about the same amount of time as it does on the stovetop (for a quick version of spaghetti, like this Easy Spaghetti Sauce).

The actual pressure cooking time is only 7 minutes, but it takes the Instant Pot about 10 minutes to come to pressure, the spaghetti and sauce need to sit for about 5 minutes after cooking to thicken a bit, and you still need to brown your ground beef as you normally would.

So all told, spaghetti in the Instant Pot takes 25-30 minutes to get on the table. But most of that is not active cooking time, just waiting while the Instant Pot runs the pressure cooking cycle.

The nice thing about pressure cooked spaghetti, as opposed to stovetop spaghetti, is that you have less dishes, as everything is cooked together in the Instant Pot.

Why does spaghetti sauce burn in the Instant Pot?

Spaghetti sauce will burn in the Instant Pot if you don’t have enough thin cooking liquid for it to come to pressure.

Enough steam needs to be generated for the Instant Pot to come to pressure, or the bottom of the pot will get too hot and the food will burn – giving you the dreaded “burn” warning.

To avoid this, you need to layer your ingredients in the Instant Pot so that the tomato sauce that will burn easily is not on the bottom of the Instant Pot.

Instead, the water that will cook the pasta is placed on the bottom of the pot, and the noodles and tomato sauce are layered on top before starting the pressure cooking cycle.

The acidity of the tomatoes can make spaghetti sauce taste bitter.

Adding a little bit of sugar to the sauce counteracts this acidity and gets rid of the bitter taste.

I don’t recommend omitting the sugar in this Instant Pot Spaghetti recipe.

There’s only a teaspoon of sugar in this homemade spaghetti sauce, which is much less than you will find in most bottled sauces.

This small amount of sugar does make a difference in the taste of the sauce, eliminating the slightly bitter taste that spaghetti sauce can often have.

How to make Instant Pot Spaghetti:

Alternating the direction of the noodles and adding them in multiple layers is important as this keeps them from sticking together. You can do just a few layers, but I find less of the noodles stick together if I do more (usually about 8), with each layer going in the opposite direction to the one beneath it.

The cook time may vary a bit depending on what type of pasta you are using, as different brands will have different cook times. The box for the pasta I use says 8-9 minutes to al dente, and 7 minutes pressure cooking time is perfect for us, but we do like the noodles fully cooked (not al dente). If you prefer your pasta cooked al dente, I would decrease the cook time to 6 minutes. If your pasta box has a longer cook time on it, you may need a slightly longer Instant Pot cook time too. 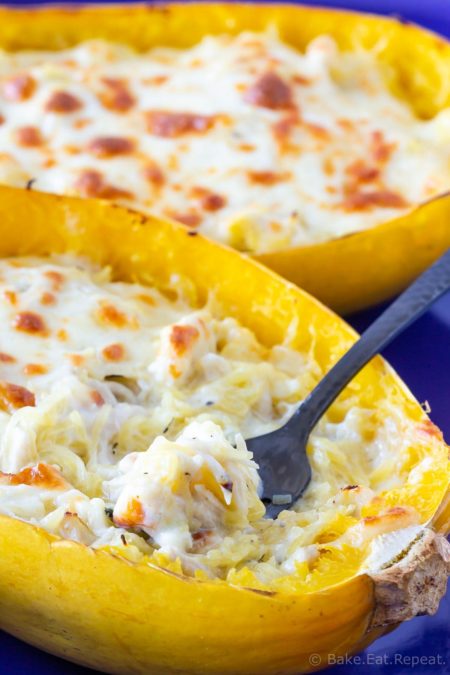 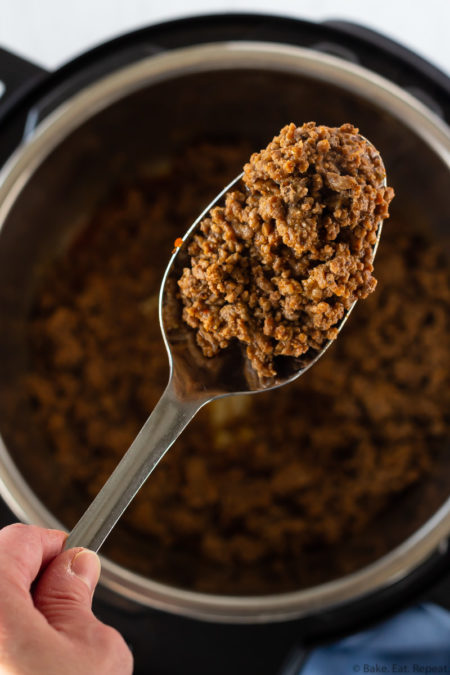 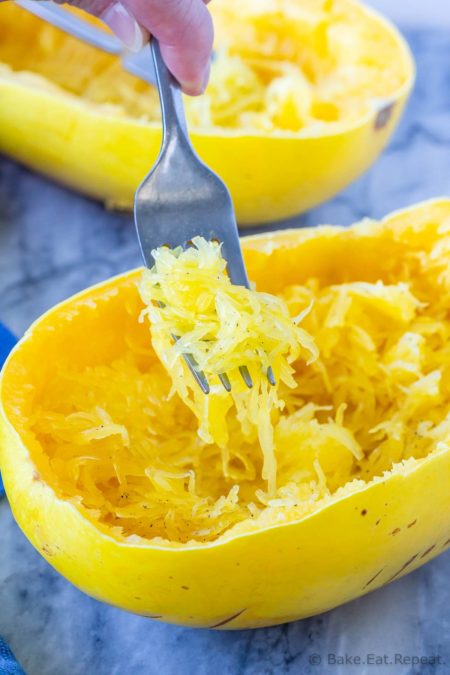