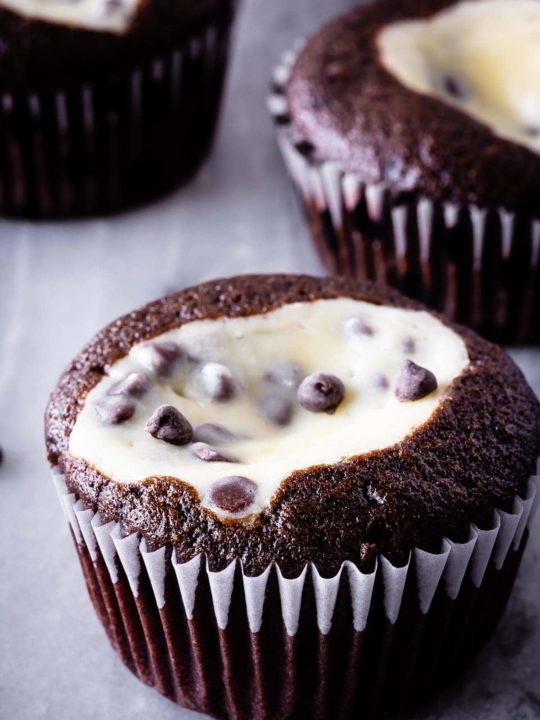 Have you ever had black bottom cupcakes? I think most people have. It’s nothing new.

There’s a bajillion recipes floating around for these cupcakes.

I first tried black bottom cupcakes when I was about 14. It was quite possibly the first cupcake I ever had where I genuinely loved it.

I like these chocolate covered strawberry cupcakes well enough – but they have whipped cream instead of buttercream frosting and I think that makes the difference. Not nearly as sweet, so I enjoy them.

But black bottom cupcakes fix that little problem because they don’t need frosting.

Ever since that first taste, I’ve always loved these chocolate cupcakes with a creamy cheesecake filling.

Most recipes for black bottom cupcakes call for less cupcake batter than my recipe does.

After making approximately 92 batches of these cupcakes though, I’ve decided that I like a little more chocolate and a little less cheesecake in each cupcake.

I always find with the traditional recipe for black bottom cupcakes that you either have cheesecake completely covering the cupcake instead of just in the middle of it, or you just don’t use it all because there’s simply too much of it.

So I’ve increased the amount of cupcake batter so the proportions work out a little better.

Because of that, it may be a bit different than black bottom cupcakes you’ve had in the past.

Or, if you’ve never had one, you should probably make these ASAP. Because they are the best cupcakes.

Do chocolate cream cheese cupcakes need to be refrigerated?

Because of the cream cheese filling in these black bottom cupcakes, you will want to refrigerate them.

They’ll be okay at room temperature for a few hours, but I would recommend storing them in an airtight container in the refrigerator after they’ve cooled completely.

Put wax paper between layers of the cupcakes so they don’t stick together.

We actually find that we prefer the taste of these cupcakes when they’re cold anyways so it’s not a problem to store them in the fridge.

How do you cool cupcakes?

Let the cupcakes cool in the muffin tin for 15 minutes, then gently remove them from the pan and place them on a wire rack to cool completely.

You can also just place the muffin tin on a wire rack and let the cupcakes cool completely in the tin before removing them.

How to make Black Bottom Cupcakes:

Here are some more great dessert recipes for you:

These cupcakes are best cold. Store them in an airtight container in the fridge for up to one week, or freeze for up to 3 months. 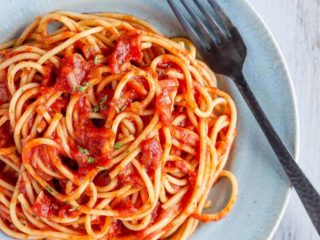 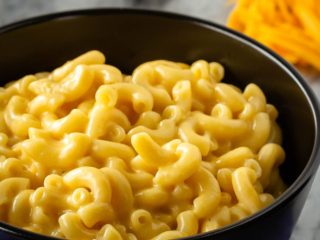 Can you freeze these? If so, how long should they be stored in the freezer?

Yes, you can freeze them in an airtight container for up to 3 months.

These were fantastic! I've always loved black bottom cupcakes but had never made them from scratch before. I was skeptical about how the cake part would turn out without the use of eggs - it was perfect! Not too sweet, moist, rose beautifully, and just right. Thank you so much for the recipe and helpful hints! I even cut the amount of chocolate chips in half to save some for a future recipe, and everything turned out beautifully, so there's a tip for others who might be short on ingredients or who want to get more use out of a bag of chocolate chips. This recipe was exactly what I needed considering I can't always find eggs and milk in the stores right now. Thank you Thank you!

So glad you liked them! I love black bottom cupcakes too, and it IS surprising how good the cake is without milk or eggs! I've made them without chocolate chips too and they're still great - I like them better with, but they're definitely not necessary. :)