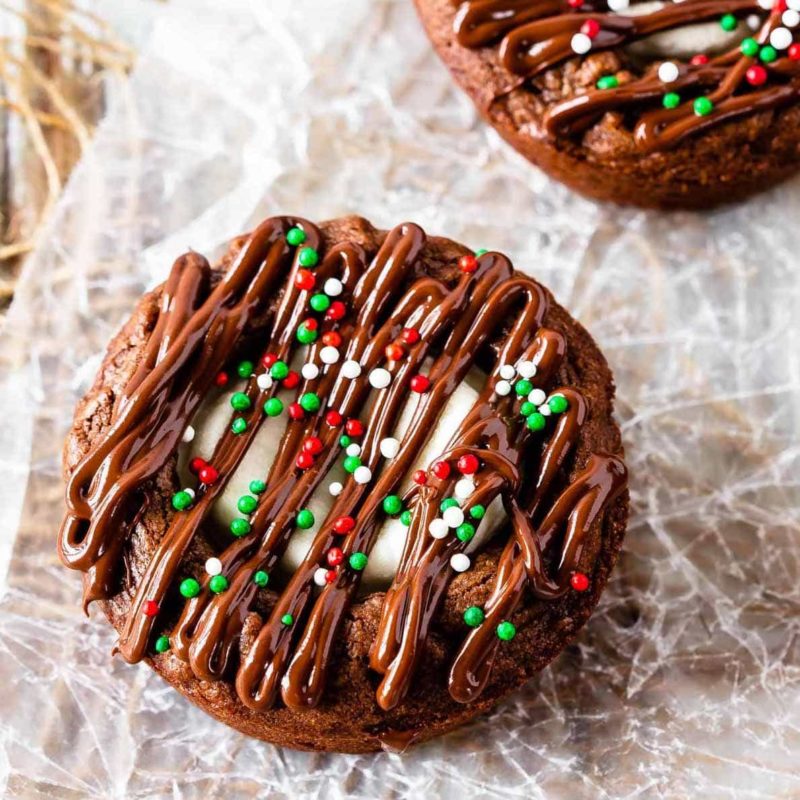 These hot chocolate brownies are easy to make and taste fantastic. A chewy brownie cup topped with a marshmallow and drizzled in melted chocolate – they’re amazing! 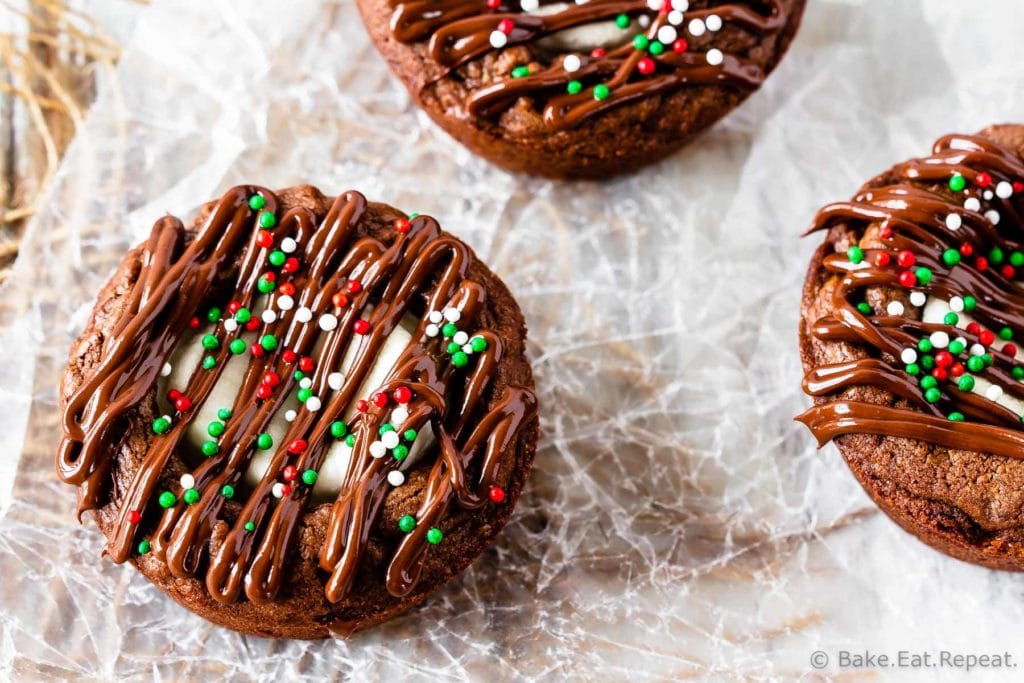 These hot chocolate brownies are magical.

Brownies are definitely one of my favourite treats ever. I actually can’t let myself make them very often because it’s very difficult to not just eat half the pan myself. So I just try not to make them too often!

But I don’t really like marshmallows all that much. 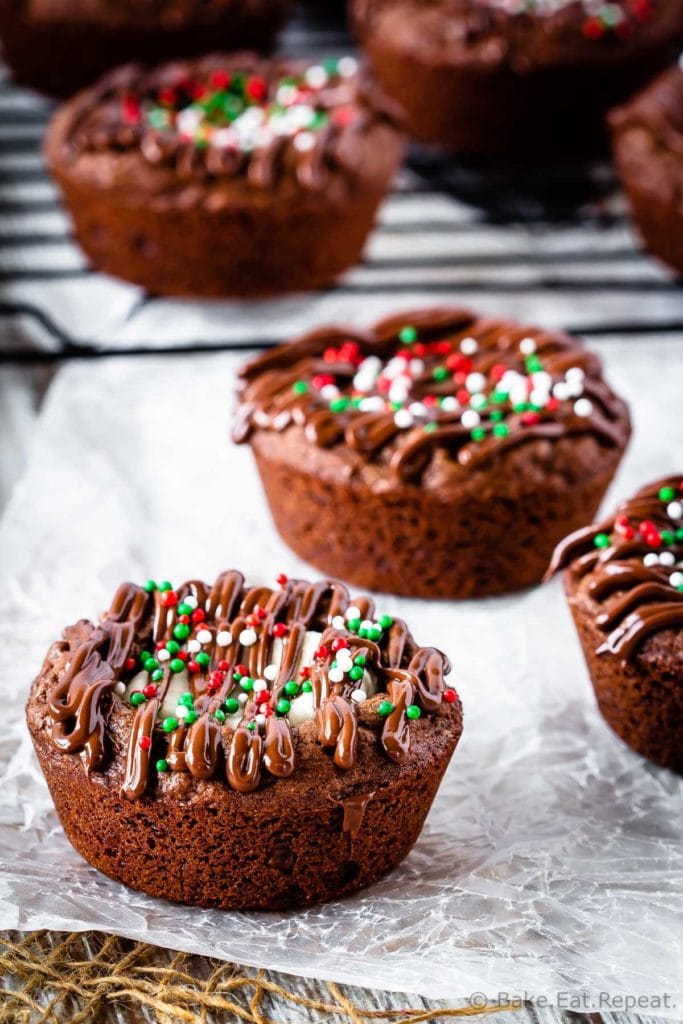 I know, I’m crazy, who doesn’t like marshmallows? But really, if it’s not toasted over a fire and made into a s’more, why bother? And really, it’s probably just the melty chocolate and graham crackers I enjoy there.

So the fact that these hot chocolate brownies were so good that after trying one, I immediately set three aside for my kids and sent the rest to my husband’s office so they wouldn’t be tempting me, tells you how good they were. Because I even enjoyed the marshmallow portion of this treat. 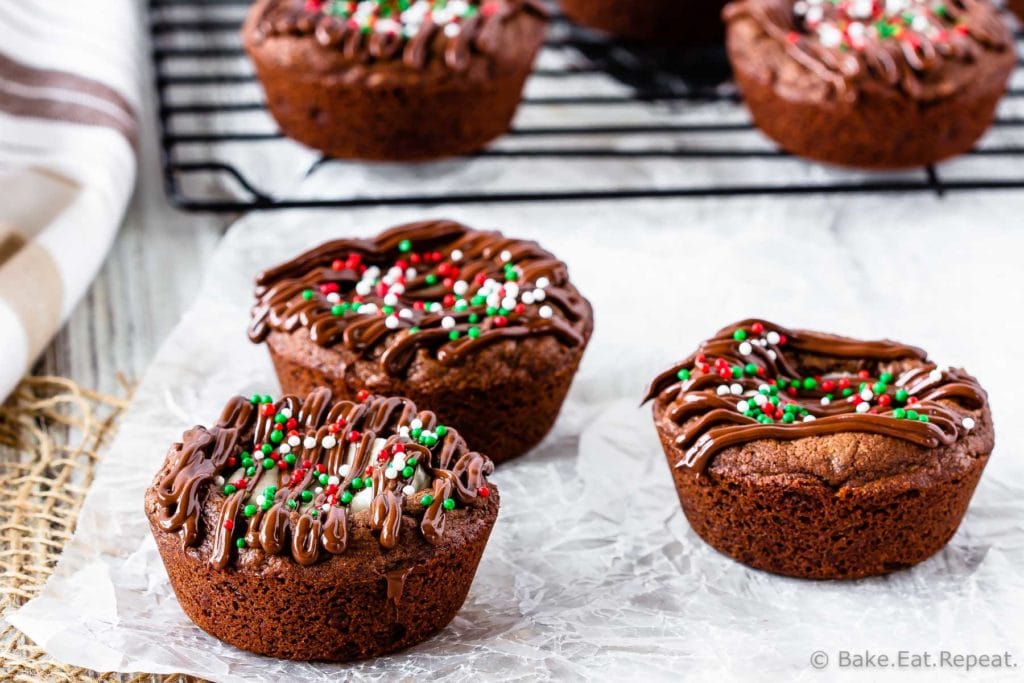 Regardless, these hot chocolate brownies are divine. And you should probably drop everything and go make them right now.

These are perfect for Christmas, or just as a fun treat. 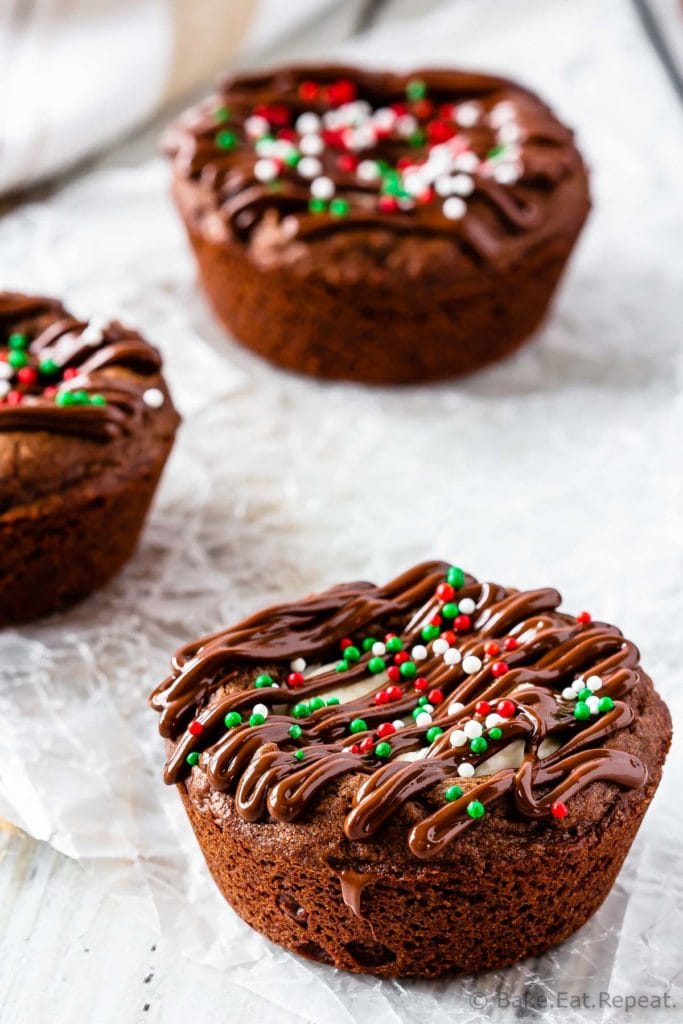 Can you use hot chocolate powder instead of cocoa powder in brownies? 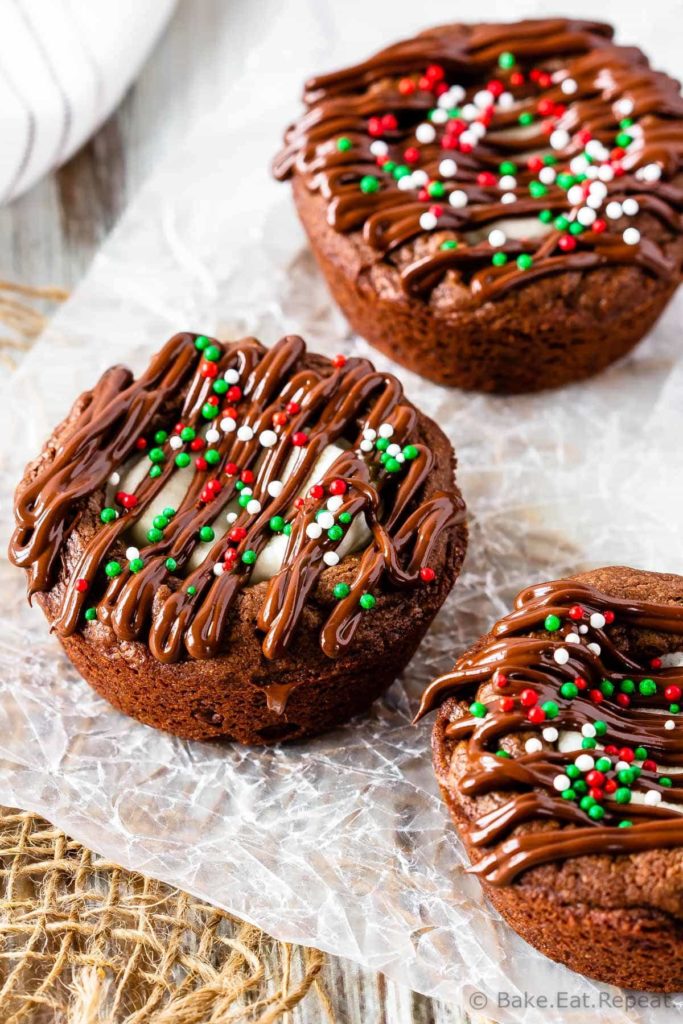 How to make Hot Chocolate Brownies: