So, I have a ridiculous number of apples in my house right now.  My sister gave me several large bins full of apples from her tree, and then my neighbour stopped by with a bag off of their tree.  And then I bought a bunch at Costco cause they had honey crisps and those just aren’t around for long enough to not buy them when they’re there!

That’s a problem I’m okay with though.  Between the kids and me, we eat a ton of apples anyways, and now my freezer is full of cut up apples for baking.  And some of them went into this apple crisp.  Because apple crisp is awesome and you can’t have truckloads of apples and not make apple crisp.  Right?

This apple crisp is not very sweet, because I personally really dislike excessively sweet versions of apple crisp.  If you like yours sweeter, you’ll probably want to add 1/4 to 1/2 a cup of sugar to the apple mixture.  I didn’t add any sugar at all to the apples, just some brown sugar in the topping and I though it was perfect with a scoop of vanilla ice cream.

I think adding less sugar really lets the flavour of the apples shine through.  And it also makes dessert a bit healthier.  I mean, it’s really just fruit and oats then right?!  Basically breakfast.

Apple crisp for breakfast anyone?! 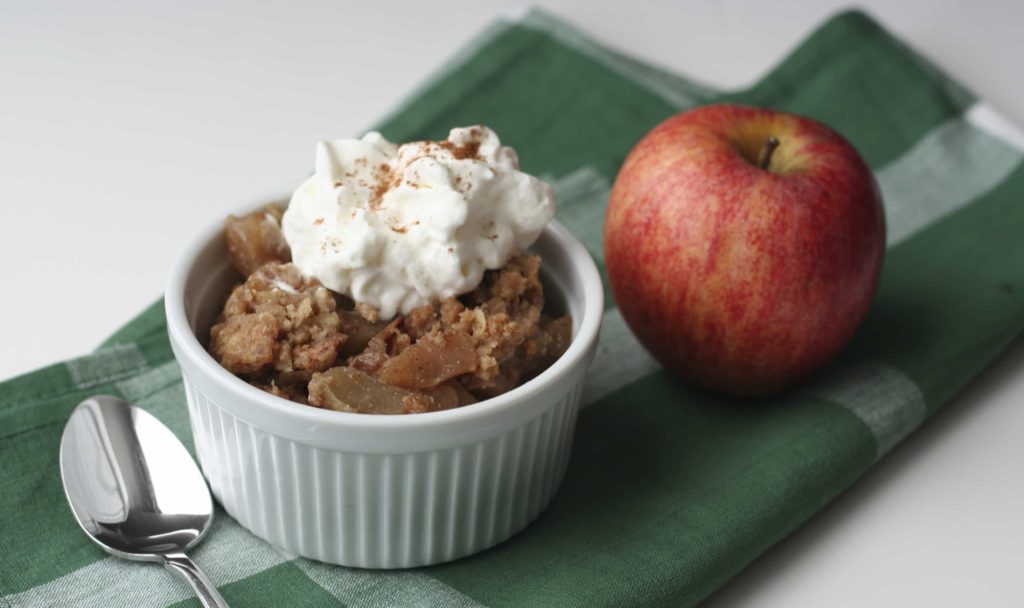