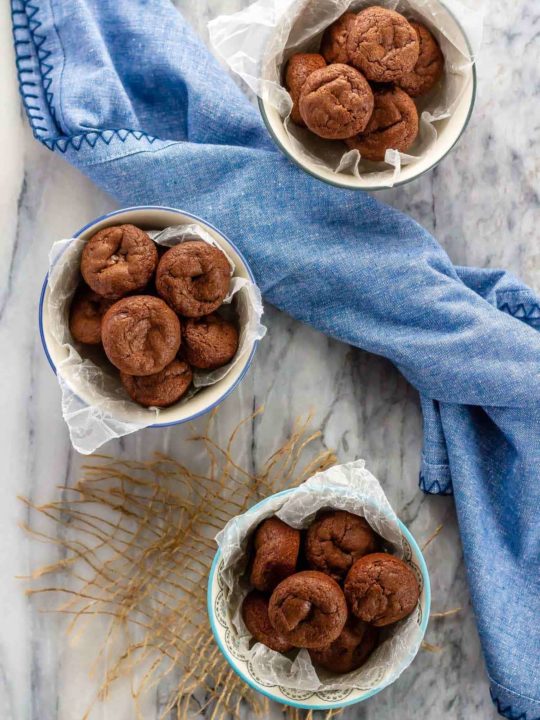 Two bite brownies are that little bit of indulgence you need without going overboard. Just a few bites, and you’re satisfied!

I think that two bite brownies make the perfect snack. They’re the perfect size to get that chocolate fix, but are still nice and small. Just two bites.

Of course, that only applies if you’re one of those people that is capable of eating just one two bite brownie, even when you have an entire batch of them staring at you.

I am not one of those people.

But I have a freezer for a reason. Hide all the baking so I forget about it and don’t eat it all before it can be used for lunch box snacks. That’s what freezers are for right?

At any rate, these chewy, fudgy, two bite brownies are amazing. They definitely make the perfect treat to have hiding in the freezer.

For throwing in the lunch kits, or just when you need that chocolate fix. So easy to make and so tasty.

Can you freeze two bite brownies?

I freeze these two bite brownies all the time. I love having a snack like these on hand in the freezer for throwing into the kids lunch boxes during the school year. Or for pulling out for an after school snack.

Let your two bite brownies cool completely after baking them, then freeze them in a large ziplock bag, or an airtight container with wax paper between the layers of brownies so they don’t stick together.

They defrost quickly at room temperature. Or you can microwave them briefly to defrost them even quicker, although they may dry out a bit then.

How to make Two Bite Brownies:

Here are some more great brownie recipes for you: 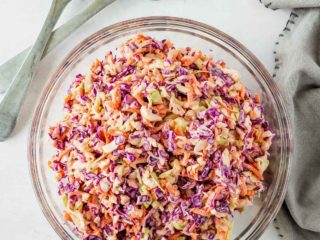 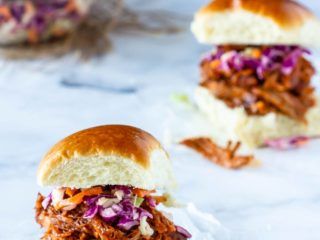 Do you have to make the two bits brownies in a mini muffin tin ? Will they hold their shape on a cookie sheet or regular size muffin tins? I'm anxious to try them but have no use for the smaller muffin tins. Thanks

I'm not sure how they'd work as cookies, but I have made these in a regular size muffin tin (hot chocolate brownies) so that will work just fine. You still only need to bake them for about 10 minutes, same temperature.

Looks so rich and tempting!

Hey guys, I'm Stacey. I believe that everyone can achieve amazing results in the kitchen!