These apple cinnamon muffins are low in sugar and are made with no oil or butter. Filled with oats and apples they’re hearty, delicious muffins that are healthy enough for breakfast. They also freeze well for easy grab and go snacks! 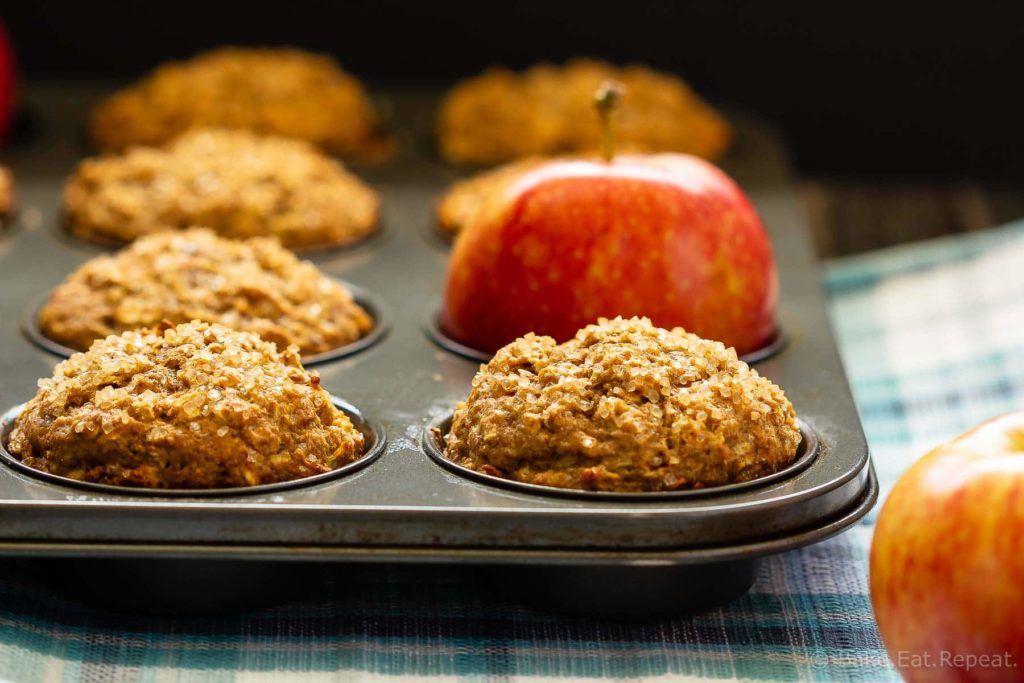 We go through a lot of muffins at my house.  I make them at least weekly and try to always have the freezer stocked as well because they’re such a great on the go breakfast or snack.

We grab them on the way out the door, we like having them on hand for breakfast in the morning, they’re perfect to pack in the kids lunches – basically muffins are just the best kind of snack.

I like to have a lot of muffin recipes available to me so there’s always one I can whip up at a moment’s notice.  Which brings me to the other thing I love about muffins – they literally take just minutes to make.  And you usually only need a bowl and a spoon to mix up the batter.  No dragging out the big heavy stand mixer or the electric hand mixer to make them.

These apple cinnamon muffins do require you to grate some apples, which I’ll admit is a bit of a pain, but you can always just take out the core and toss the rest of the apple into the food processor to give it a quick chop rather then grating them with the regular old box grater.  That makes it a bit faster.  They are totally worth the time anyways because these apple cinnamon muffins are fantastic. 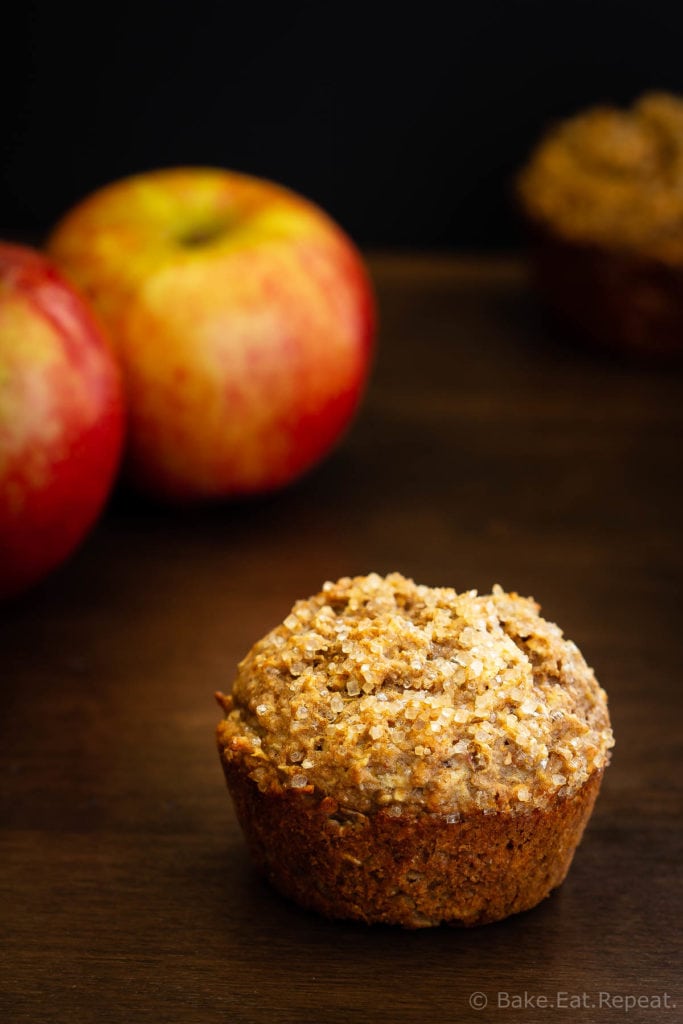 They’re filled with oats, apples and cinnamon and make a hearty muffin that is perfect for breakfast or an on the go snack.  The oats make them a bit denser, they’re not light and fluffy almost cupcake style muffins, but I kind of like that in a muffin that I’m having for breakfast.

These apple cinnamon muffins are definitely healthy enough for breakfast – you don’t feel like you’re having a cupcake masquerading as a muffin with your morning coffee!  Low in sugar, no added butter or oil, and filled with oats and apples – plus you can even make them with 100% whole wheat flour if you like and they’re still good.

The perfect breakfast food – you should probably go whip up a batch right now! 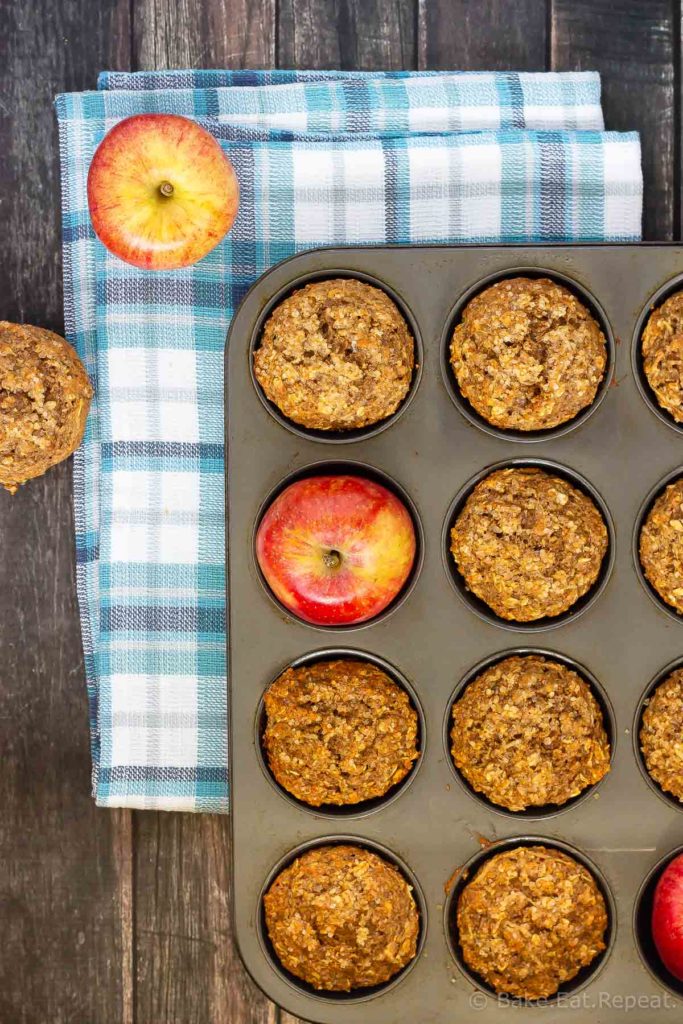 I used a prairie wheat/white flour from Montana. Moist and delicious excellent recipe!

Do you soak the oats prior to mixing ? I have seen it instructed to do so in another recipe so just curious .

No I don’t soak the oats first, I just stir them in.

Am I the only one who found these muffins incredibly dry? And that was with bonus shots of both yoghurt and apple sauce…loved the flavour though, so doubled the yoghurt, kept the extra 2tbsp of apple sauce and added still 2 tbsp more of water, and they were lovely!

I just made these and they were fabulous. Are use gluten-free flour and an extra apple. Will definitely make again, thank you for the recipe.

Would the quick oats work ok too?

I made these muffins today adding some ripe bananas that I wanted to use up, with the bananas they are a little sweeter than I care for so in the future I will eliminate the sugar. I used the quick oats and everything blended in nicely, I had never tried the two temperatures before but that worked well, they cooked perfectly with a nice texture, will use this recipe again

Yes, quick oats should be fine in this recipe!