The best pumpkin bread I’ve ever made, this apple pumpkin bread is super soft on the inside, has a crunchy cinnamon topping, and is full of pumpkin flavour. 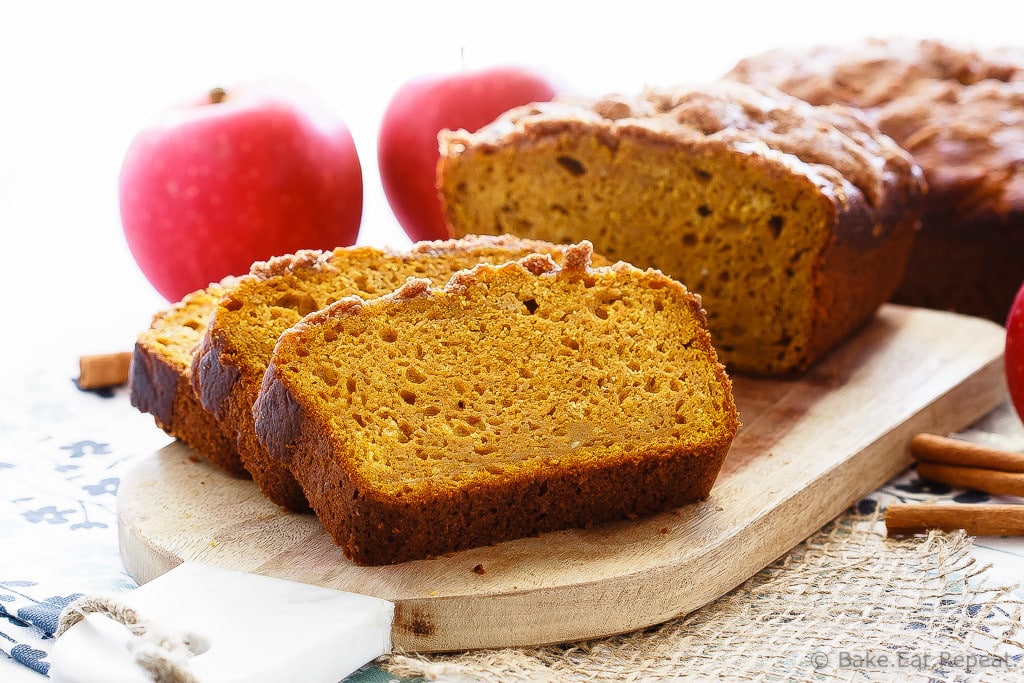 I’ve made a lot of pumpkin bread. As one of my favorite treats I make at least two or three new recipes every year. I love to try different variations of it, and literally always have a loaf of it in my freezer throughout the fall months.

So it’s saying something when I tell you that this is the best pumpkin bread ever. Don’t take that lightly. I make a lot of pumpkin bread.

I may stop trying new recipes now, though. Because this one is seriously the best.

No, scratch that. I could never stop trying new recipes. That’s impossible. Now I’ll just have to make two to three new recipes PLUS this one every year!

I think that the difference is because you cook the pumpkin before using it in the bread to caramelize it a bit. I thought that seemed a little crazy and not worth the time when I saw it, but decided to try it anyways. You know, try something new for a change like following the recipe. (I really didn’t, I changed several other things, but I followed that part!) 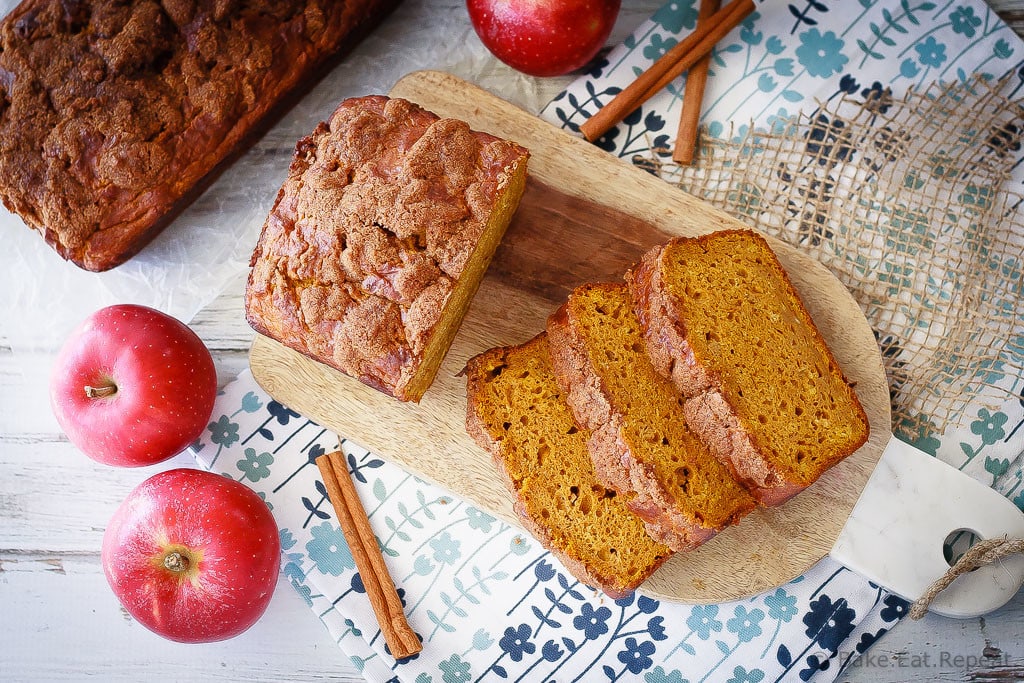 Now I will probably try cooking the pumpkin first in absolutely every pumpkin recipe. I’ll likely be a little annoying about it and insist it’s always necessary.

Because this apple pumpkin bread? It really is the best. It’s so soft and tender on the inside with a crunchy cinnamon topping, and so much pumpkin flavor. I could not get over how good it was.

Now the only question is – how many different variations of this perfect pumpkin bread can I come up with? 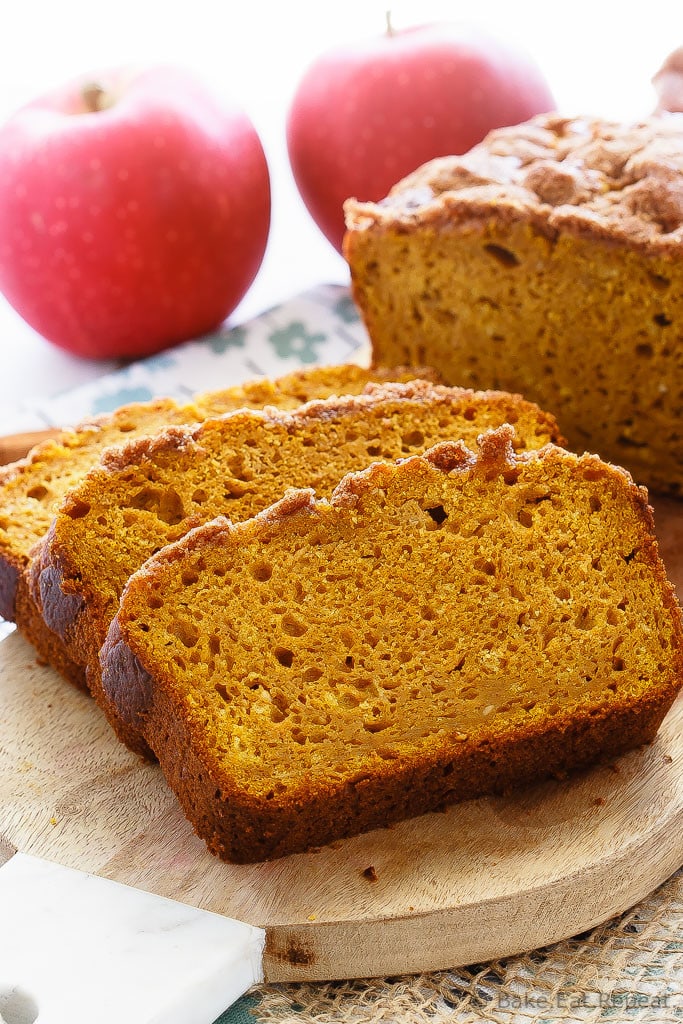 Thank you for this recipe. I will definitely make this.

This pumpkin bread looks so perfect Stacey! Super moist and I love the apples -- so great for fall!