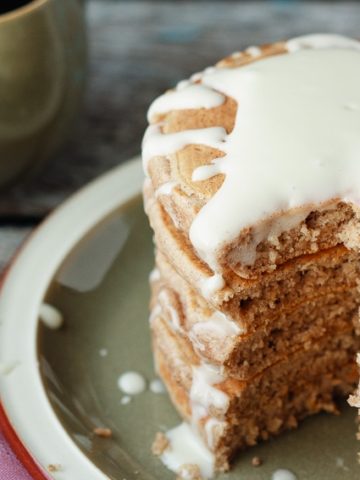 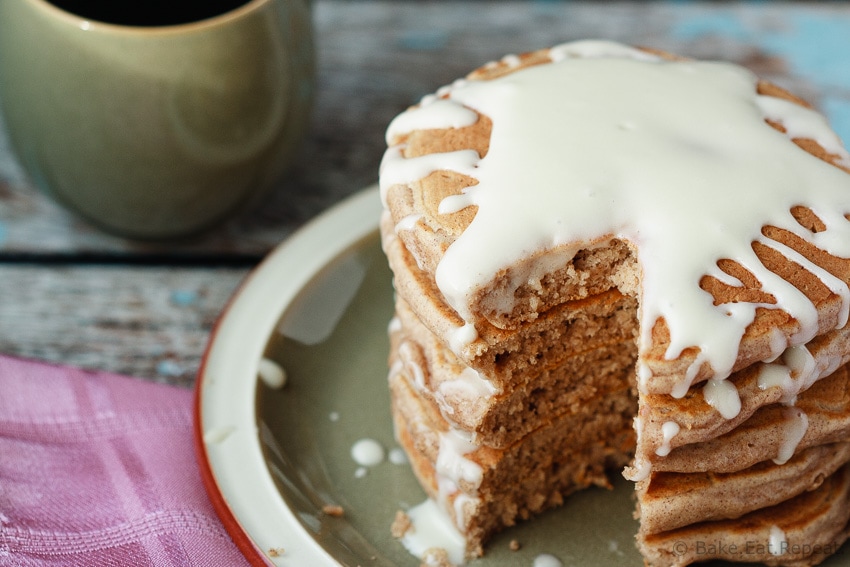 Have you ever had a cinnamon roll craving?  I have.  Plenty of times.  That’s totally normal right?

Cinnamon rolls are really just the best thing ever.  I don’t think I know anyone that doesn’t love them.  But….sometimes you want a cinnamon roll and there are none in sight.  And they’re not exactly a whip it up in a half hour breakfast treat.  Closer to several hours to enjoy the next day.  Which is still great, cinnamon rolls tomorrow – but it doesn’t exactly help with that craving. 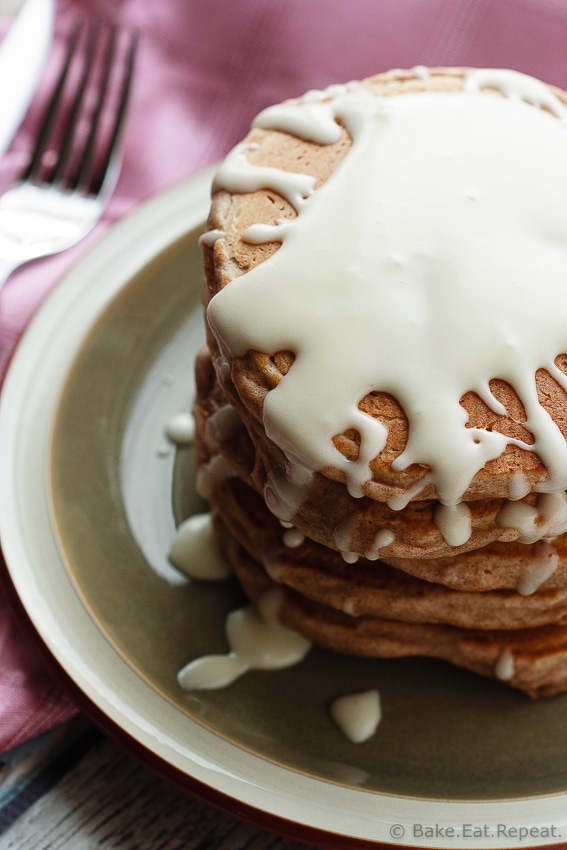 These are some of the best flavoured pancakes I’ve ever tried.  We make pancakes on a fairly regular basis around here, but typically stick to the plain old buttermilk kind.  Although these banana pancakes run a close second whenever there’s some overripe bananas lying around.  I think cinnamon roll pancakes are going to be joining the pancake rotation for our Sunday brunch though.  They are that good.

Sweet, cinnamon filled, fluffy pancakes with a cream cheese glaze.  They taste surprisingly similar to the real thing.  But with a lot less time and effort.

They are quite sweet though, so if you want to cut down on the sweetness a bit, they are also delicious if you replace the sugar and maple syrup with a smaller amount of brown sugar.  That makes for a cinnamon flavoured pancake without a sugar overload.  And there’s still the cream cheese glaze to sweeten them.  If, however, you want a decadent cinnamon roll pancake that tastes exactly like the real thing – make them as written.  They are absolutely fantastic and definitely worth it for a special breakfast treat! 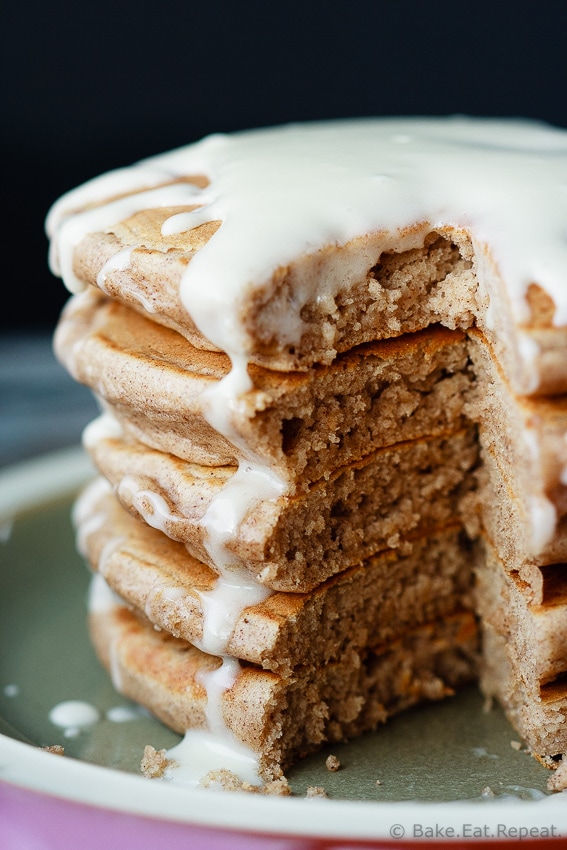 For the cream cheese glaze:

This makes a very sweet pancake that tastes just like a cinnamon roll. If you’d like a less sweet version, omit the sugar and maple syrup from the pancake batter, and add 2 tablespoons of brown sugar instead. That will make a cinnamon flavoured pancake that isn’t overly sweet. 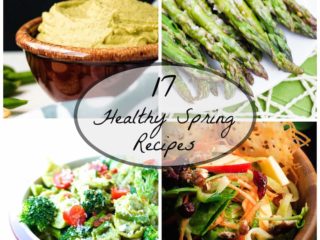 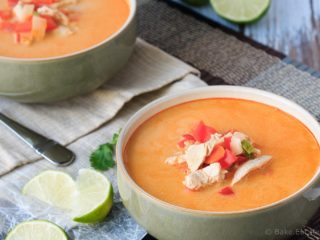 oh my gosh, these look amazing Stacey!! Cinnamon roll is probably my favorite thing, so I am literally drooling over these pancakes!

i made these pancakes this morning and we loved them! Thanks for sharing a unique way to make pancakes. I can't wait to make them again!

Cinnamon rolls are the best, and cinnamon roll PANCAKES sound like a little piece of heaven! These are a perfect indulgent weekend breakfast.

I have definitely had a cinnamon roll craving many times in my life!! These look fantastic! That glaze!!!

My mom made me cinnmon roll pancakes for Christmas a few years back and I still dream about them :) Time to make them for myself- like, every day!