I’m rather late to the quinoa party.  I tried it for the first time about 6 months ago, and didn’t really like it.  But I was determined to keep trying it, because it’s just so darn healthy.  I really felt like I should like it.

I think that it must be one of those things that tastes different depending on what it’s made with.  I don’t remember how I had it the first time, but I do remember not liking it at all.  Since then, it’s been kind of hit and miss.  Sometimes I love it, sometimes I’d rather not finish my serving.  This quinoa dish though?  It’s awesome.  I loved it, ate way too much of it, and was very excited to inhale the leftovers for lunch today.  And it was just as good the second time.

Now I won’t say that I’ve convinced anyone else in the house to enjoy it yet, but I’m converted.  Although it’ll probably still depend on what’s with it.  This particular stirfry has a ton of flavour.  All the vegetables, and especially  the lime juice really make it an amazing side dish.  If I’d had cilantro I would have thrown that in too, I think it would go well.  We had it alongside some basa fish that I simply dredged in cornmeal and pan fried in a bit of olive oil.  It was the perfect light summer meal. 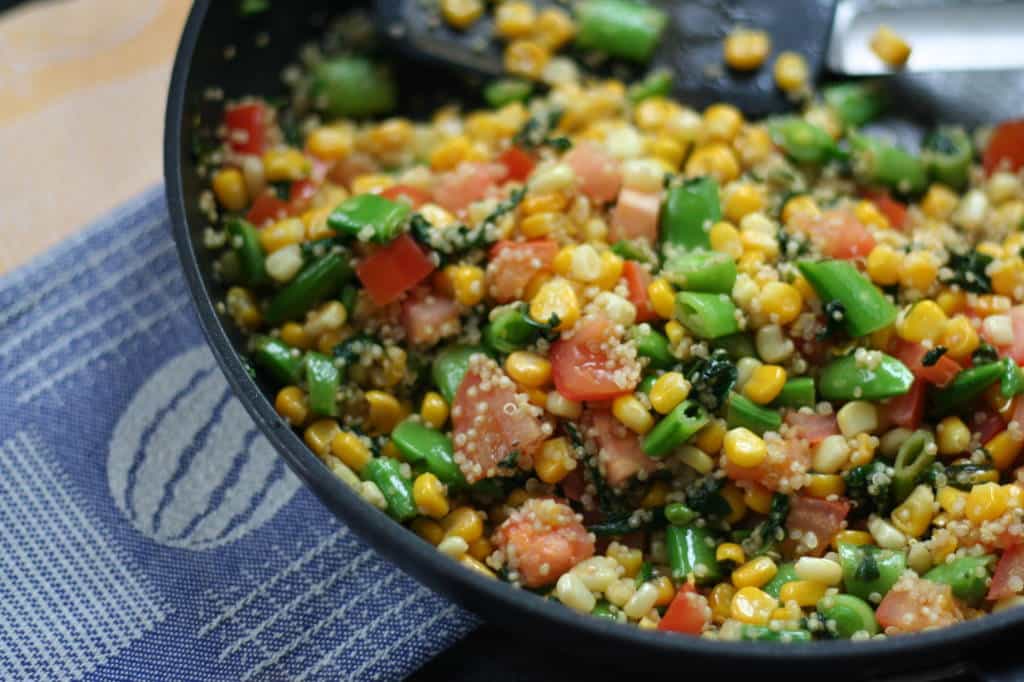