Well, unlike my last recipe, which was decidedly un-springlike, these lemon raspberry scones scream springtime to me.  The lemon flavour is just so fresh tasting.  I’m not a huge lemon fan, but I always feel like it in the springtime.

I made these a few weeks ago, adapting a recipe to make them whole wheat, and using regular lemons rather than Meyer lemons.  I would really love to try Meyer lemons, as everybody seems to be raving about them these days, but I have never seen them at the store.  Maybe they’re not in Canada?  Or maybe I’m just blind?  Probably the latter.  Oh well, I’m sure I’ll stumble across them at some point and will have to try this recipe again with them at that time.

These scones were a little on the denser side, but they were made with whole wheat flour and Greek yogurt, rather than all-purpose flour and heavy cream, so that’s kind of to be expected.  That being said, they were still amazing, just maybe not as decadent as scones sometimes are.

And the brown butter lemon glaze?  Don’t even think about leaving it off.  It totally completes the scones, and they would not be nearly as good without it.  I’m sure you could use regular butter, or leave the butter out entirely, to make things a little faster and they would still be good.  But really, why wouldn’t you want to use brown butter?  It’s just too good not to. 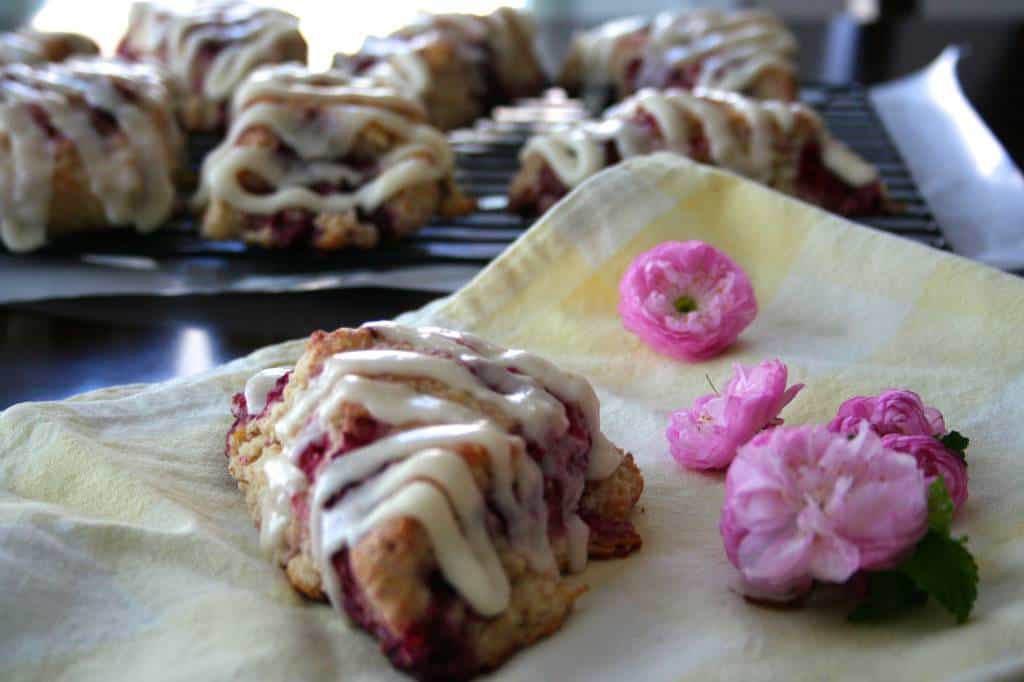