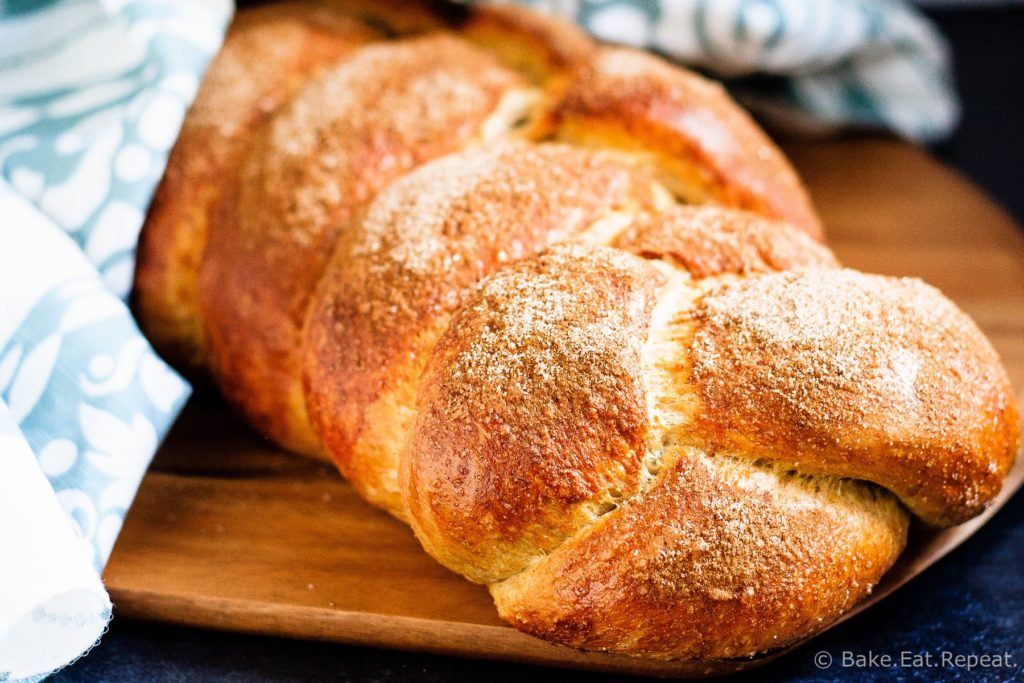 Have you ever had challah before?  I hadn’t, until about a month ago when I first tried a recipe for it.  I’ve made it 3 more times since, so….I like it.  You should definitely try it too!

This recipe is for a cinnamon challah bread.  Basically I took a regular challah bread recipe and added cinnamon to the dough, then crusted the top with a cinnamon sugar coating.  It was amazing.  I’m pretty sure adding some raisins to the dough would be fantastic too, but unfortunately I kept forgetting to pick some up, so every time I went to make it I was disappointed to find that I was still out of raisins.  Evidently they don’t restock themselves.  I should probably be better with making (and actually looking at) grocery lists.  Oh well.  If you try it with raisins, please let me know how awesome it is! 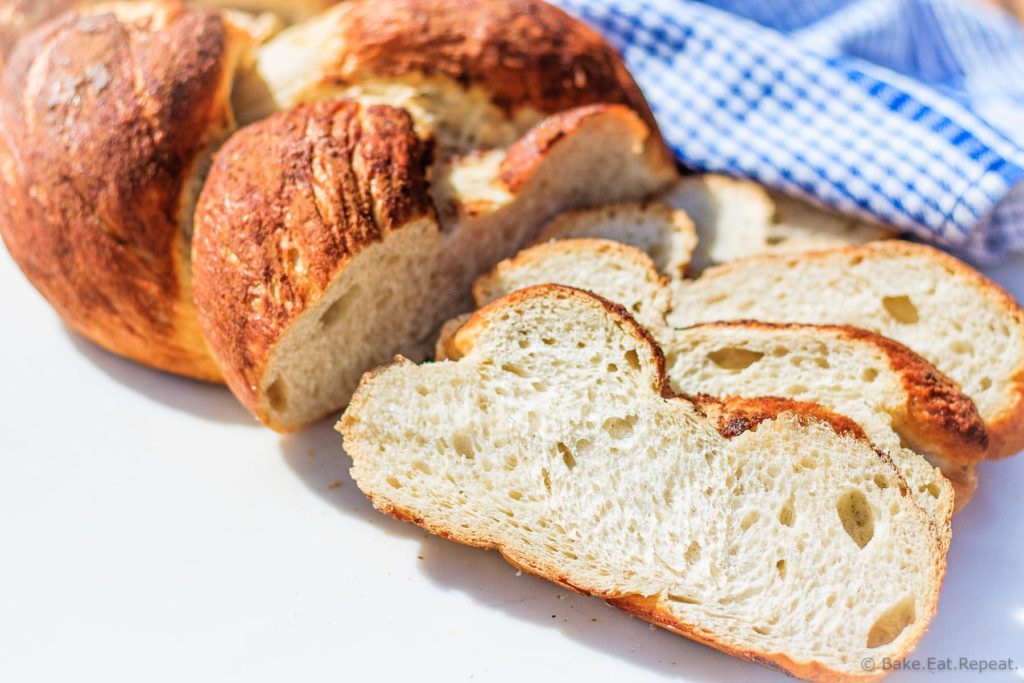 I’ve also made it as a fully white loaf (amazing), and as a whole wheat version (75% whole wheat) which was also really good.  It was a bit denser, but that’s to be expected with a whole wheat bread.  I had no complaints with the whole wheat version, and more importantly, neither did anyone else which says something!  So you can definitely make it a bit healthier by using whole wheat flour.

This was a very easy dough to make, mixing up quickly, and it was easy to work with.  I used it to make French toast for my whole family, and my sister and sister-in-law informed me that I now need to make cinnamon challah every time we have French toast.  It was that good.  Of course, now that I’ve posted the recipe here, I’m pretty sure they’ll be making it for me, right?  We’ll see.

This homemade cinnamon challah bread is delicious!  Come back Friday for the French toast recipe I used it in, along with a giveaway! 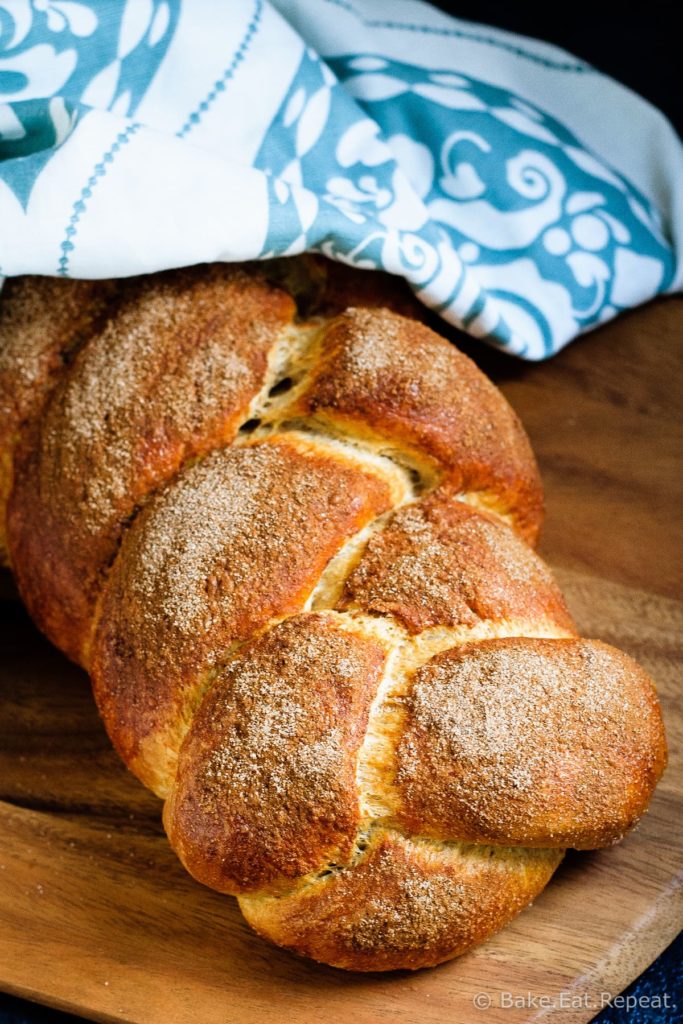 Made for Rosh Hashanna this year - 60 round individual sized challahs... was the big hit of the evening! Thanks! Been making challah for many many years, but never thought of cinnamon in it - I also added chopped apples to some, and raisins to some.

So glad you enjoyed it Cherie! Love the idea of adding apples, and I've been wanting to try raisins so I'm definitely doing that next time I make it! Also love the idea of individual ones, I need to try that!

Stacey, this challah bread looks perfect! I love it -- especially for French toast -- but have never made it. It's on my list, and I love this cinnamon version!

So good, I'm glad I decided to try making it because I've never seen it anywhere to buy! Super easy bread to make, I will be making it often! Thanks Marcie!

Just, WOW. I've never made Challah, but this is so beautiful! The cinnamon is so perfect for fall -- I can just imagine this as french toast!

Such good French toast. So, so good. That's the only way I'm going to be able to make French toast now that I've tried it with this bread! Thanks so much Ashley!

I keep meaning to try making challah at home! I never seem to get around to it! LOVE this version with the cinnamon! Perfect for fall (or really anytime! haha)

Anytime. Definitely anytime! But yes, the cinnamon does kind of scream fall! Thanks Ashley!

I've made challah before, but never a cinnamon version! This looks so ultra-soft and fluffy I can hardly stand it, Stacey! Totally craving a slice right now with my coffee!

Mmm, me too now that you say that. Need to make it again! :) Thanks Sarah!