If you’ve been reading this blog for any length of time, you’ll know by now that I like my carbs.  Biscuits are, in my opinion, one of the best things to make as a quick and easy side dish for a meal.  They’re fast, they’re easy, and most importantly, they taste divine.

Flaky, buttery, warm from the oven biscuits.  Is there anything better?

I don’t really think so.  Not the healthiest side, I suppose, but as long as you’re not making them every day, I don’t see a problem!  Obviously.  What is this, my fifth biscuit recipe? 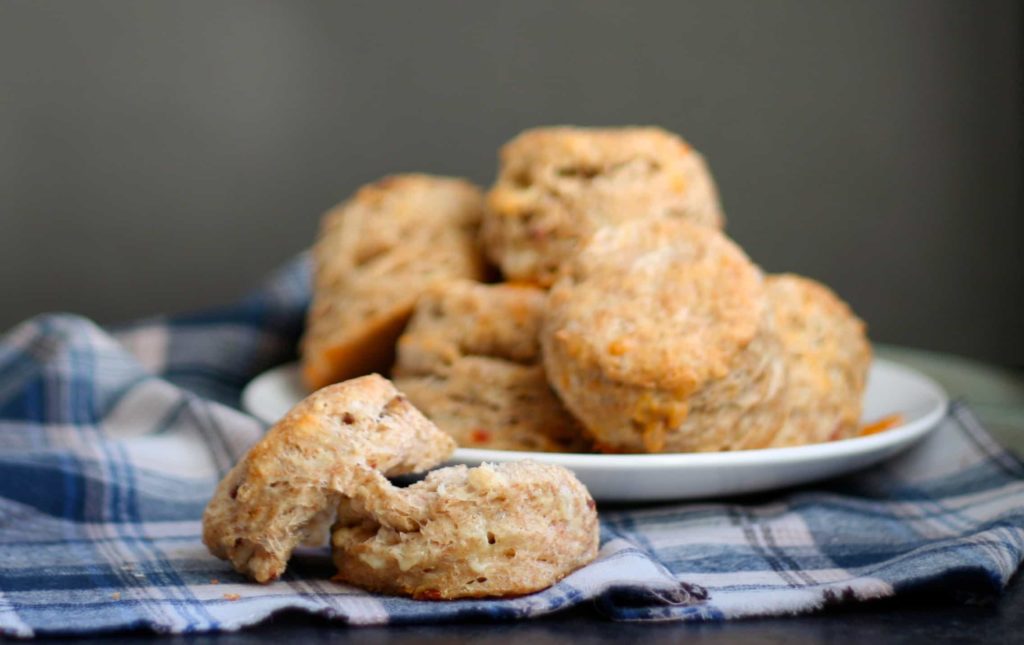 They’re just so adaptable to what you have on hand, that I really don’t think I’ll be stopping at five recipes.  You’ve been warned.  They’ll keep coming.

These cheddar bacon beer biscuits are a bit heartier than my other recipes.  They’re fully whole wheat (so healthier – that negates the butter right?!), although you could easily change them to part or fully all-purpose flour if you prefer.  But the whole wheat flour gives them a denser texture and makes them a bit more filling; which is what I was going for as we had them with this carrot soup, which was a fairly light meal on its own. 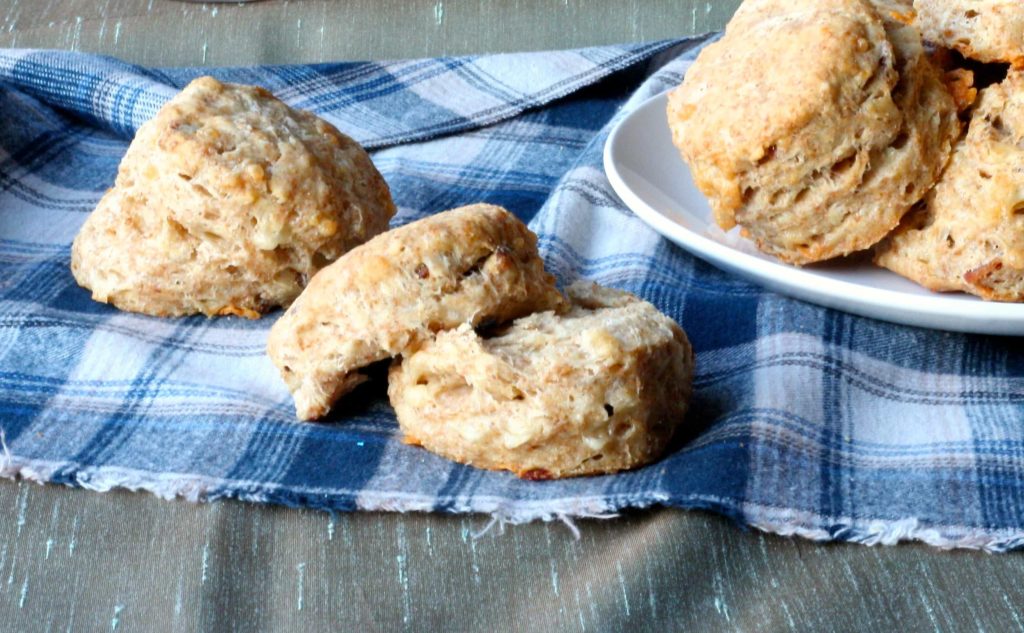 Then I filled them with sharp cheddar and bacon, because why not.  And beer.  Now, I don’t really know how much flavour you get from the beer.  Not a whole lot I don’t think, especially with cheddar and bacon in there.  But you get a lot of leavening from it, so I cut back on the baking powder in these.  I used a Bavarian lager, because that’s what was in the fridge, but I actually really dislike beer and don’t drink it at all, so I have absolutely no clue if the type of beer will change the flavour.  I imagine anything would be good, it would still give the leavening action, and possibly change the flavour a bit?  I don’t know.  If anyone has any insight into that, feel free to let me know!

Regardless, these were delicious and I will definitely be making them again.  They were the perfect accompaniment to a bowl of soup for supper! 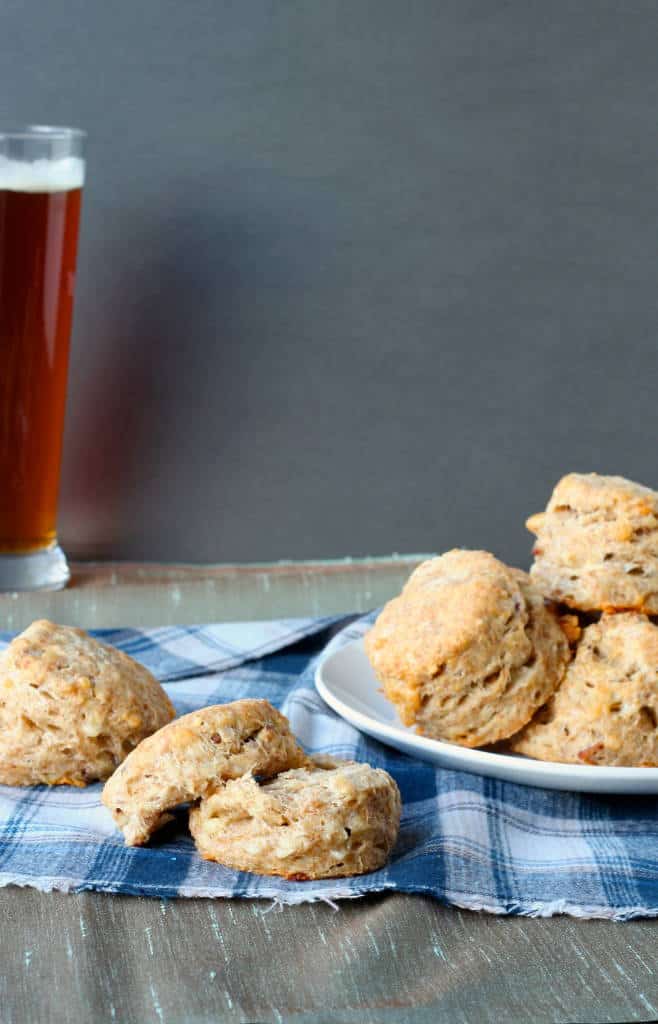 Source: Adapted from my buttermilk biscuits.

I am a carb, biscuit lovin' fiend. . so I love these biscuits!! And beer and cheddar?! oh my gawd, can't wait to try these, pinned!!!

Thanks Alice! Biscuits are really just the best aren't they?! Thanks for stopping by!

This biscuits look SO gorgeous. . Packed with all amazing ingredients. . Love it! !

Thanks Arpita! Can't go wrong with cheese and bacon right?!

I am totally into my carbs too (as you probably know!). There's nothing better than fresh biscuits with any meal!

I completely agree Ashley! Thanks!

Girl you got like almost all of my favorite things in these biscuits!! So making these for hubby!

Thanks Ami! He'll love them - my hubby thought they were great, all the good stuff in them! :)