These baked apple fritters are easy to make and taste amazing – soft, tender, cinnamon spiced dough studded with apples and drizzled with a vanilla glaze. 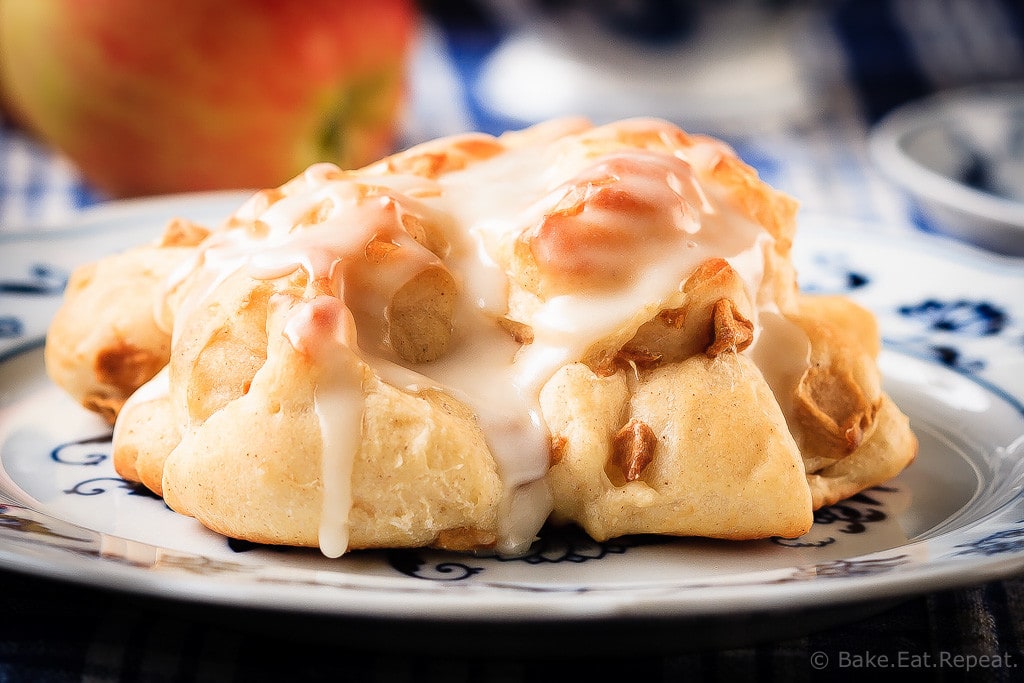 I haven’t really made a lot of doughnuts.  I do a lot of baking, but doughnuts just haven’t happened in my kitchen all that often.  I’m not sure why because I certainly enjoy them.  Maybe because I never really knew baked doughnuts were a thing until a couple of years ago.  When I thought of doughnuts, my mind would go to fried.

And … I’m a tiny bit scared of deep frying.  Again, I don’t know why.  It’s just not something I do.  We’ll say it’s for the health reasons.  That’s definitely a factor, but maybe not the whole reason. 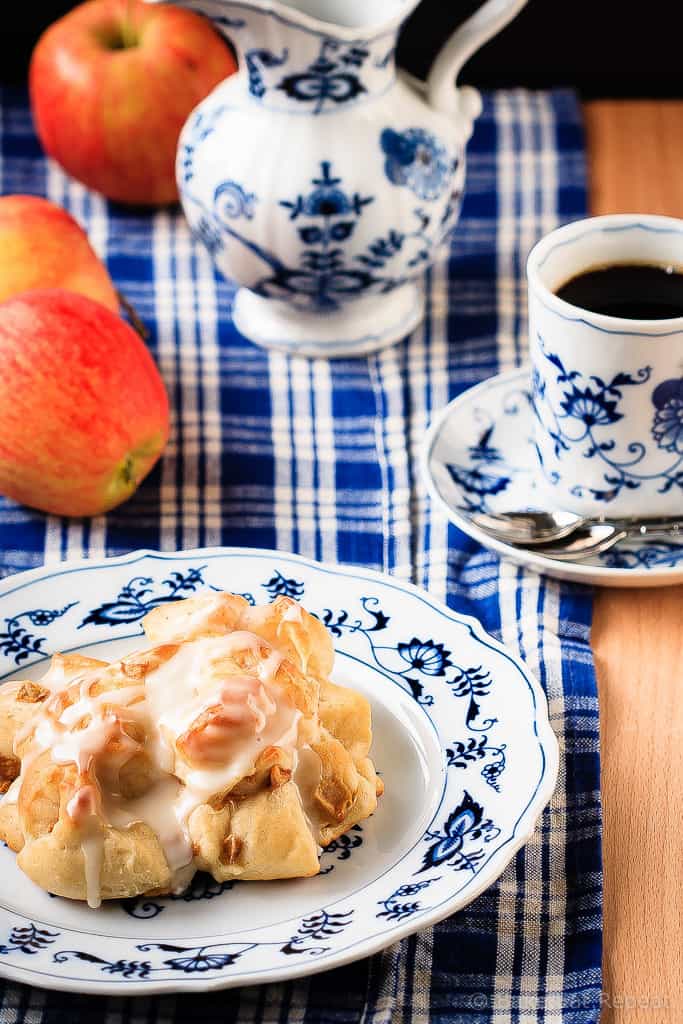 My kids came home from school and saw these on the counter and immediately asked if they could have them for a snack and in their lunch the next day and if they were healthy enough for breakfast tomorrow.  Covering all their bases, and making sure they would be getting one of these things!

I can’t really blame them though, when you see a fresh baked apple fritter dripping with glaze, it’s kind of hard to not want one immediately, if not sooner.

Considering how many of these have disappeared already, I kind of don’t think they’re going to last long.  I guess I should make baked doughnuts more often.  They’re kind of amazing – and not scary to make at all! 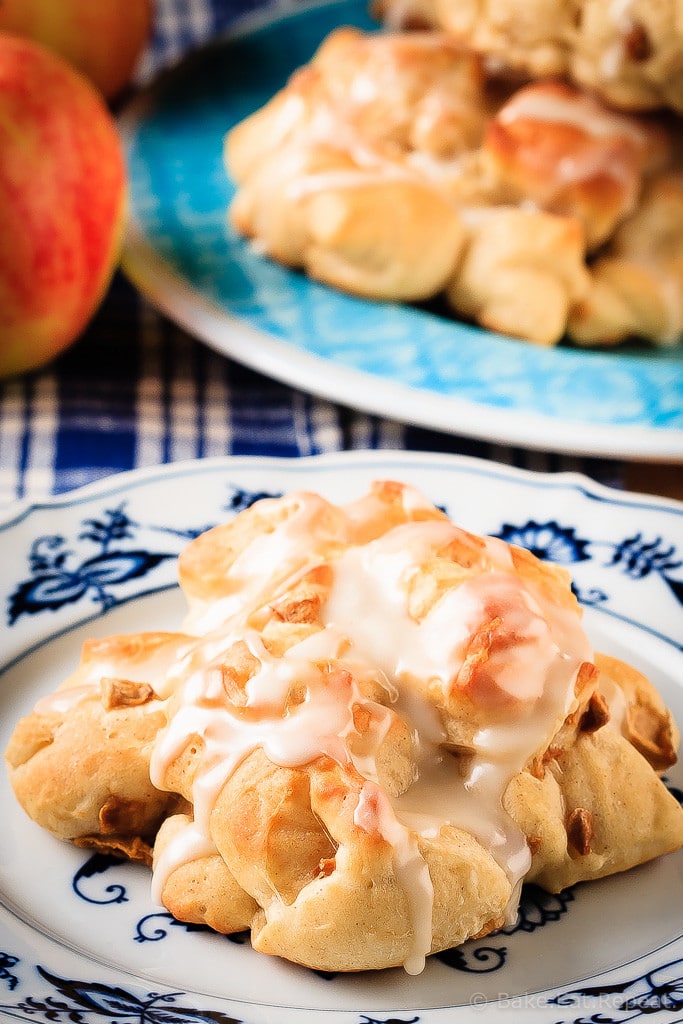 As far as I get in the recipe these sound wonderful! Unfortunately, the recipe seems to be cut off right at the end of the last step (number 6). Could you fix this, please? I am excited as your kids to try these. Thank you. BarbK,

Hi Barb - I'm not sure why it's all not showing up for you. Number 6 is the last step, there's just "notes" after that, but it all shows up for me and I checked with two different browsers. Maybe try again? If you still can't see it let me know and I'll email it to you! You can also click on the link to Food Fanatic for this particular one and the recipe is on that site as well if it's not showing up for you. I'd love to fix it but can't see anything wrong on my end!