I was out on Vancouver Island this last week visiting my in-laws, and went blackberry picking for the first time.  Usually when we are out there, the blackberries aren’t ripe yet, so I’ve never done more than pick the one ripe one as we walk pass the bushes.  And when I say blackberry picking, I actually mean picking a bowl of blackberries, with my kids along “helping”, and then eating them all within the hour.  So, you know, not really picking.

But still, I discovered that blackberry bushes are vicious!  It’s not like picking raspberries at all, which I’ve done a ton of.  With raspberries you can push branches out of your way to get to that one perfect looking berry in the middle of the bush.  Apparently that’s not a great idea with blackberry bushes though.  I learned that the hard way, and had some brambles to pull out of my hands.  Ugh.  But, on the up side, we also had some amazing blackberry peach coffeecake muffins afterwards, from the few that didn’t get eaten immediately. 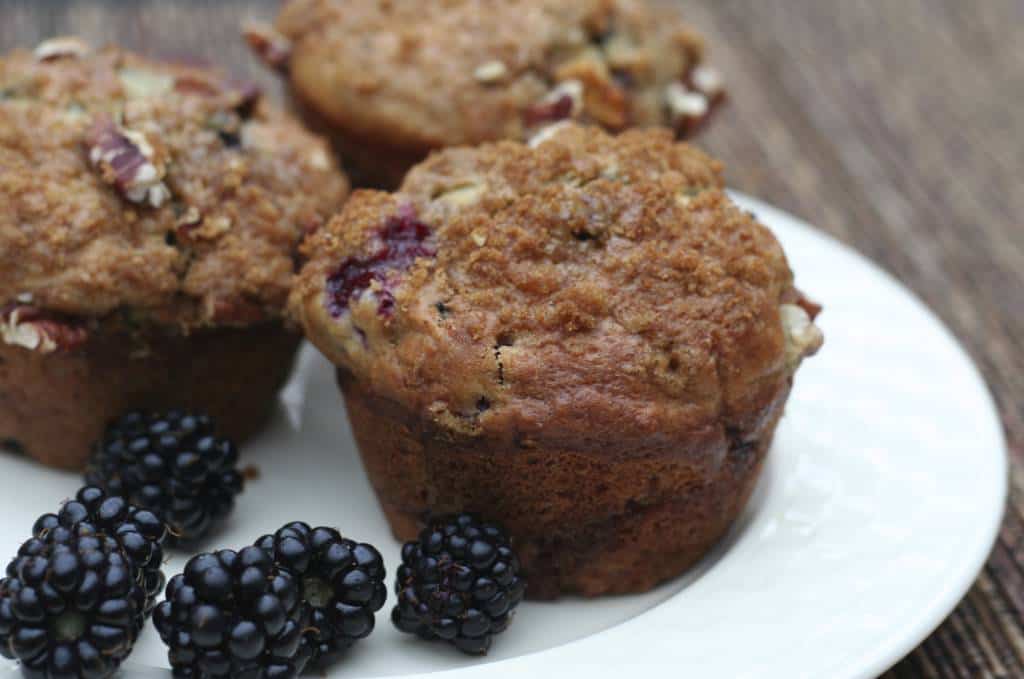